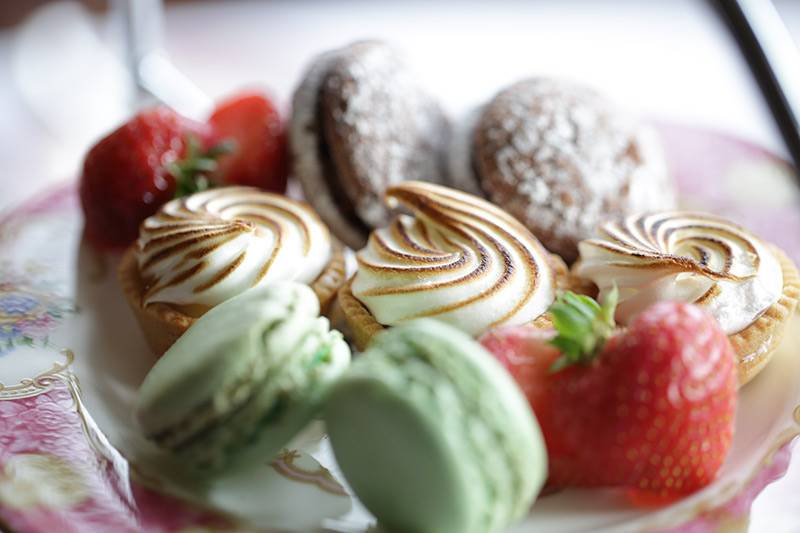 Tea has been enjoyed since the 3rd century, though it took a little longer to reach the shores of Britain. Once it did arrive in the 17th century, however, it was embraced wholeheartedly by the nation quickly becoming an integral part of British culture - for many Brits, taking tea is as fundamental a part of everyday life as breathing. It took a while for Afternoon Tea to take hold of the public imagination, but once it did it was here to stay.

The lady responsible for the institution of this quintessentially British ritual was Anna Maria Russell, 7th Duchess of Bedford. Like many of us, Anna found that between luncheon and dinner her stomach “had that sinking feeling.” To alleviate this, she began partaking of a cup of tea and a light snack to see her through the afternoon. Anna was, of course, unlikely to be the first person to have done so. As a member of the aristocracy and confidante of Queen Victoria she was, however, very influential. When Anna began inviting friends to join her for what would become known as Afternoon Tea, she started a fashion that still endures to this day.

Afternoon Tea was soon enjoyed at great houses all over the country, and Skibo is no exception. Back in the early 1900s, Louise Whitfield Carnegie would sit at the table in the Drawing Room, personally make the tea in the pot and pour it for her guests. The tea was accompanied by Scottish delicacies like scones, oatcakes and shortbread. Louise only took lemon in her tea, though she always had milk and cream on offer for her guests with rather more ‘English’ tastes. When King Edward VII visited in 1902, however, she was delighted to discover that he too took lemon in his tea. 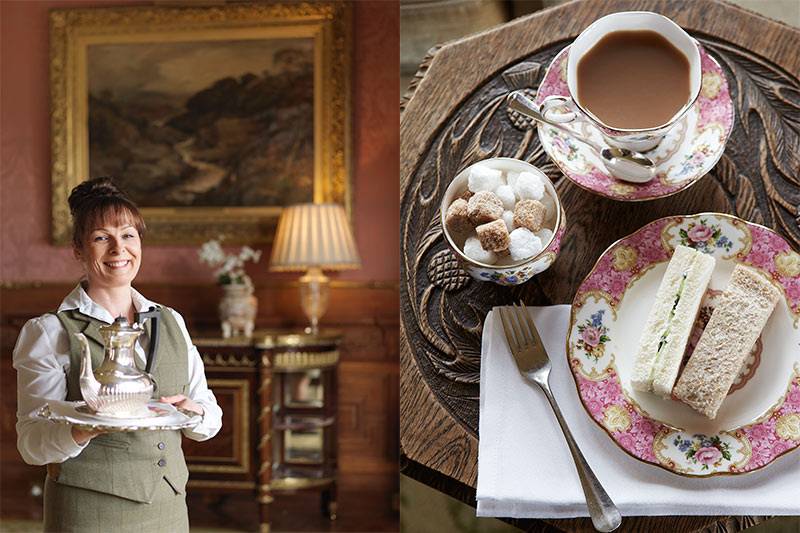 Today, Front of House Butler Caroline Macdonald oversees Afternoon Tea at Skibo, brewing up a selection of loose leaf teas to accompany delicate finger sandwiches and towers of treats freshly baked each day by the Skibo patisserie chefs. Members can tuck into sandwiches filled with delicious fillings like smoked salmon and cream cheese, chicken and tarragon mayonnaise and classic cucumber, before indulging with freshly baked scones (accompanied by jam made by Castle Head Chef Lindsay Mackay’s mum), pancakes, choux buns, macarons, brownies or whatever else the talented chefs have whipped up that morning.

Unlike former lady-of-the-house Louise, Caroline won’t silently judge you for taking milk rather than lemon in your tea – though she will recommend her favourite, Suki Tea’s Belfast Brew, if you struggle to choose from the twenty-plus varieties of tea on offer!

Christmas at Skibo is a truly special time of the year, when members young and old enjoy the magic of a Skibo Castle Christmas.

Work begins on the restoration of the Vinery, one of a complex of Victorian glasshouses undergoing careful conservation and renovation in order to restore them back to their former glory.