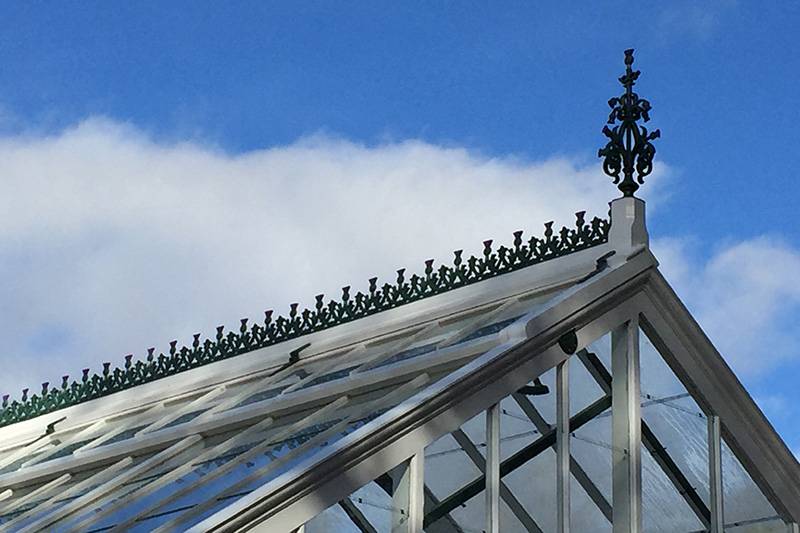 Over the past few years the century-old glasshouses at Skibo has been undergoing careful conservation and renovation in order to restore them back to their former Victorian glory. The complex was designed and built by Glasgow-based firm Mackenzie & Moncur – the premier glasshouses designers of their day – for Andrew Carnegie. The firm also designed the Palm House at Windsor Castle, the glasshouses for the Royal Botanic Gardens at Kew and even the original Skibo swimming pavilion. The records of Mackenzie & Moncur reveal that when Andrew Carnegie placed the order for the glasshouses in 1899, the cost of works was estimated at £3,583. 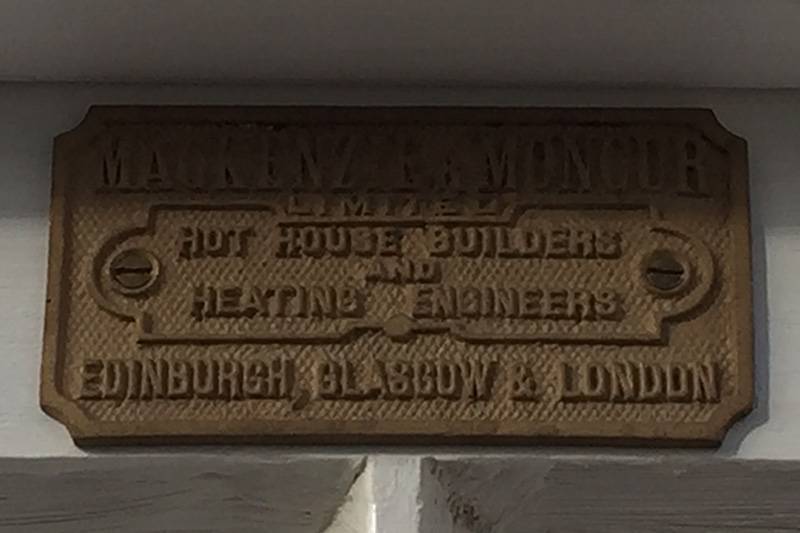 When they were first built, these steel and glass-paned glasshouses, supported by frames of Burmese Teak, were a riot of colour and fragrance. Filled with fruit, vegetables and flowers for the castle they were lovingly tended to by a large team of gardeners. The passage of one hundred and fifteen years had, however, sadly taken its toll on the once impressive glasshouses and they were in danger of falling into complete disrepair.

In order to restore the complex to its former glory, a programme of conservation and renovation has been undertaken over the past few years on these Grade-A listed buildings by The Carnegie Club. This listed status means that any work undertaken on the complex requires consent from planning authorities to ensure that is historically sympathetic, and that as much of the original structure as possible is retained with any replacements made with like-for-like materials. 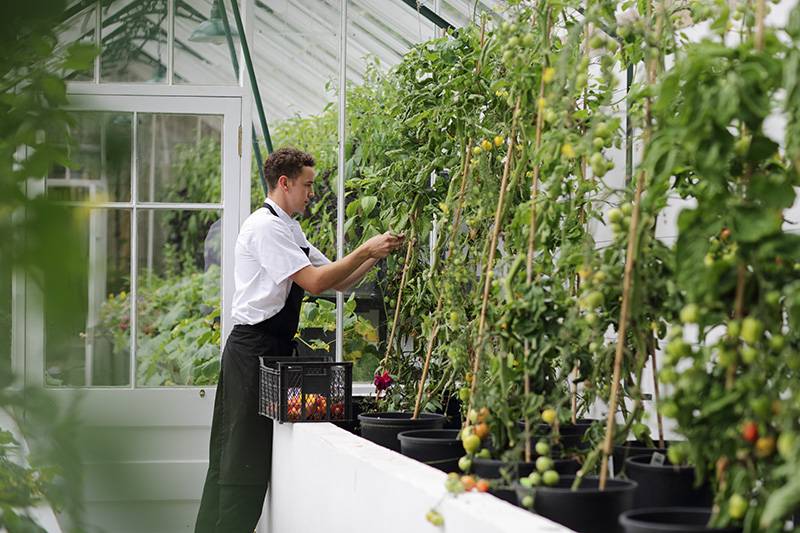 A chef at work harvesting produce in the restored Tomato House

Over the past few years, the Tomato House, Strawberry House and Melon House have all been restored, and even though work on the complex has not been completed in full, the club chefs are already reaping the benefits of the renovations. This summer the restored glasshouses were bursting with delicious produce and there was a constant stream of chefs trailing up from the castle’s kitchen to harvest plump and ripe tomatoes, chillies, courgettes, bell peppers and more. Micro herbs were also sown every two days and grown under a UV light to ensure a constant supply for the kitchens.

In the past month, work has begun on the Vinery. As well as the challenge of retaining as much of the original building as possible, this glasshouse has presented the club with an additional obstacle: the Vinery is home to a century-old vine originally planted by Andrew Carnegie. It has been shielded and protected from the work, and restoration is going on around the vine. The club hope that with some tender loving care, it will once again fruit white grapes soon. 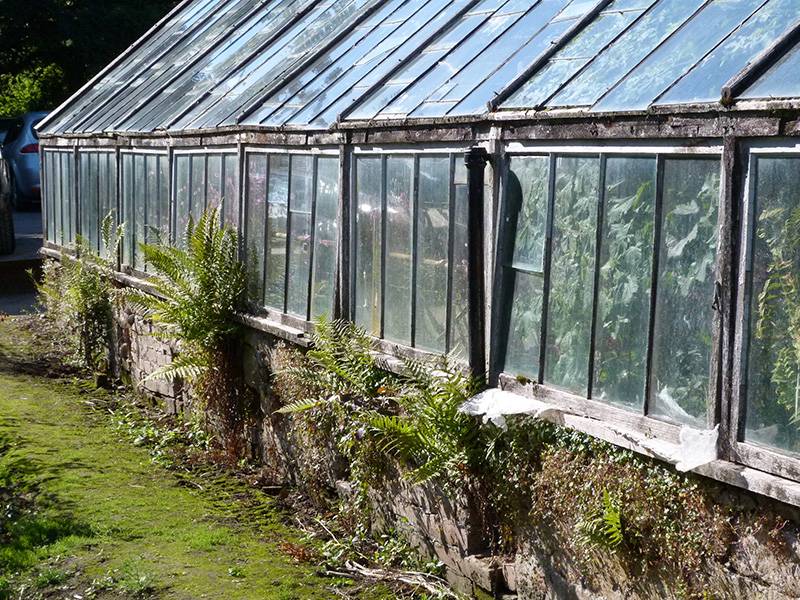 The Vinery pictured prior to the conservation work beginning

Work on the Vinery is set to be completed in 2018, when the team will then tackle the most complex of the glasshouses: the Rose Walk. Following the completion of this work, the Mackenzie & Moncur glasshouses will once again be the crowning glory of the Skibo gardens.

Afternoon Tea is a quintessentially British activity, taken at country homes across the nation for over 150 years and still enjoyed at Skibo today. 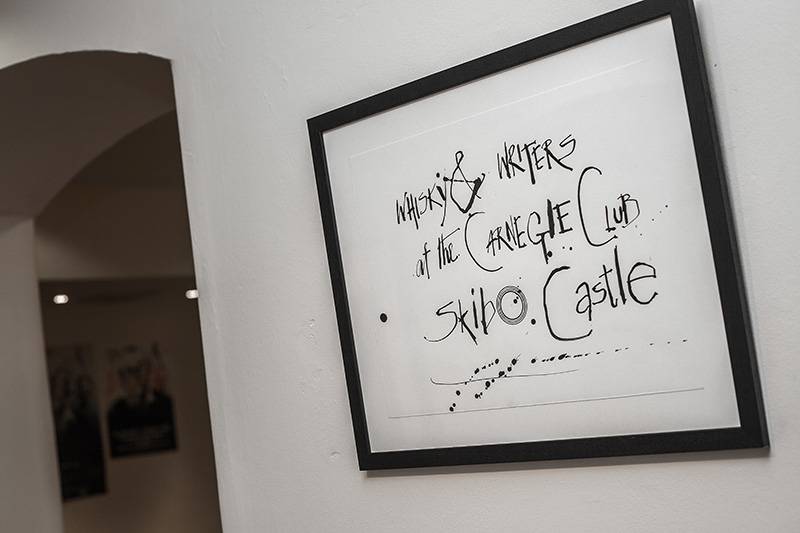 An exhibition of legendary artist Ralph Steadman’s work on show at Skibo to members of The Carnegie Club is extended due to popular demand.