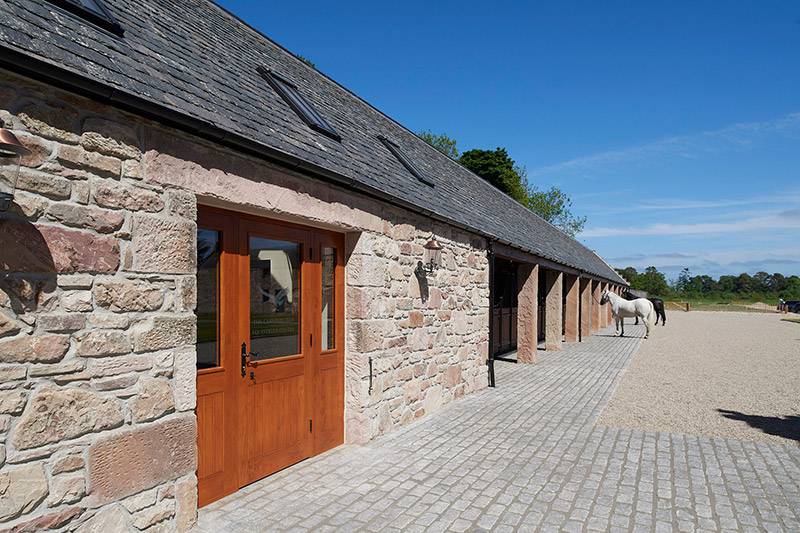 As part of the club’s long-term programme of large-scale redevelopment works, work began on the renovation of the Skibo Stables in early 2018. This project saw the development of a new reception, tack room and staff area, as well as improved stabling for Skibo’s horses. The half a million pound project reinstituted some lost features of the historic building while bringing the stables up to the same world-class standard of amenity that members of The Carnegie Club have come to expect at Skibo. 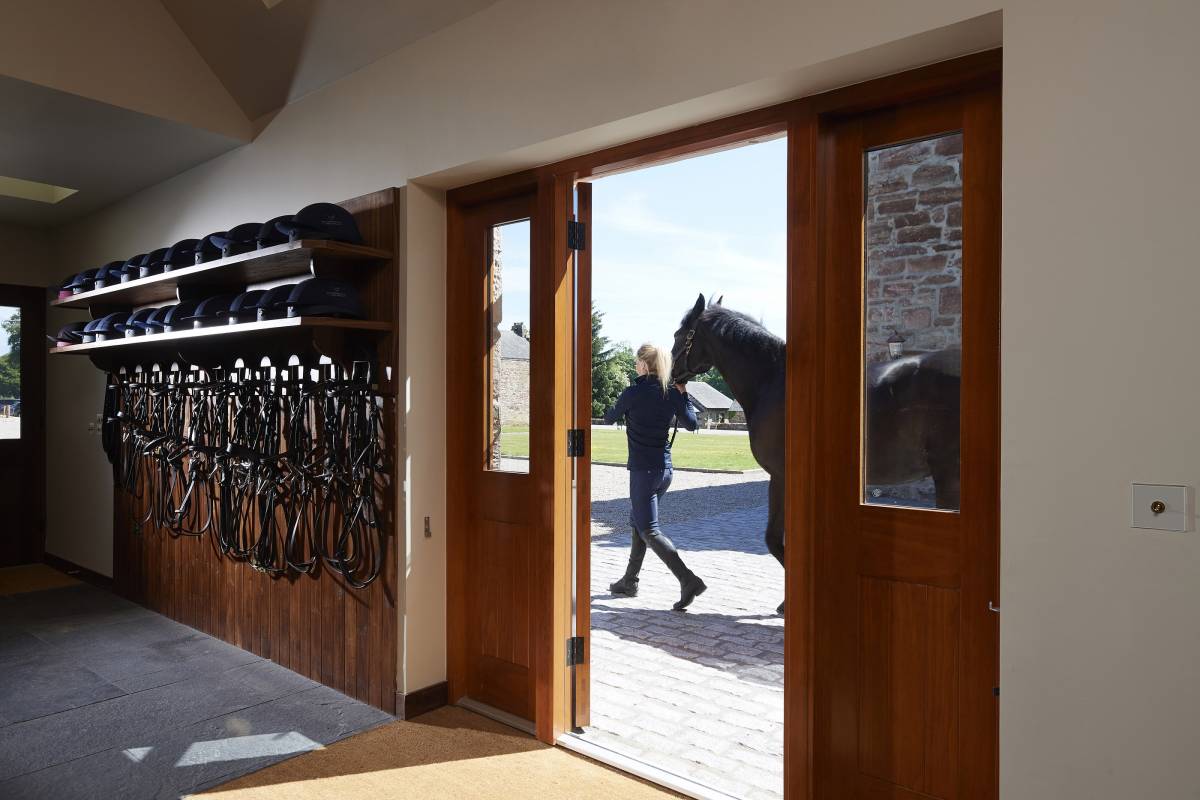 Over their almost 150 years of life, various alterations have been made to the complex of structures that now houses The Carnegie Club Equestrian Centre. Today known as the Ivy Barn range, historically this was called the Home Farm complex. This collection of buildings has stood at Skibo since at least 1877 (as evidenced by its appearance on the 1877 O.S. map) and was likely built by former estate proprietor Evan Charles Sutherland-Walker in the 1870s, and then later remodelled and extended by Andrew Carnegie after his arrival at Skibo in 1898. In the 1970s further alterations were made to the buildings, including the creation of a wash bay, and the demolishing of estate houses adjoining the complex. 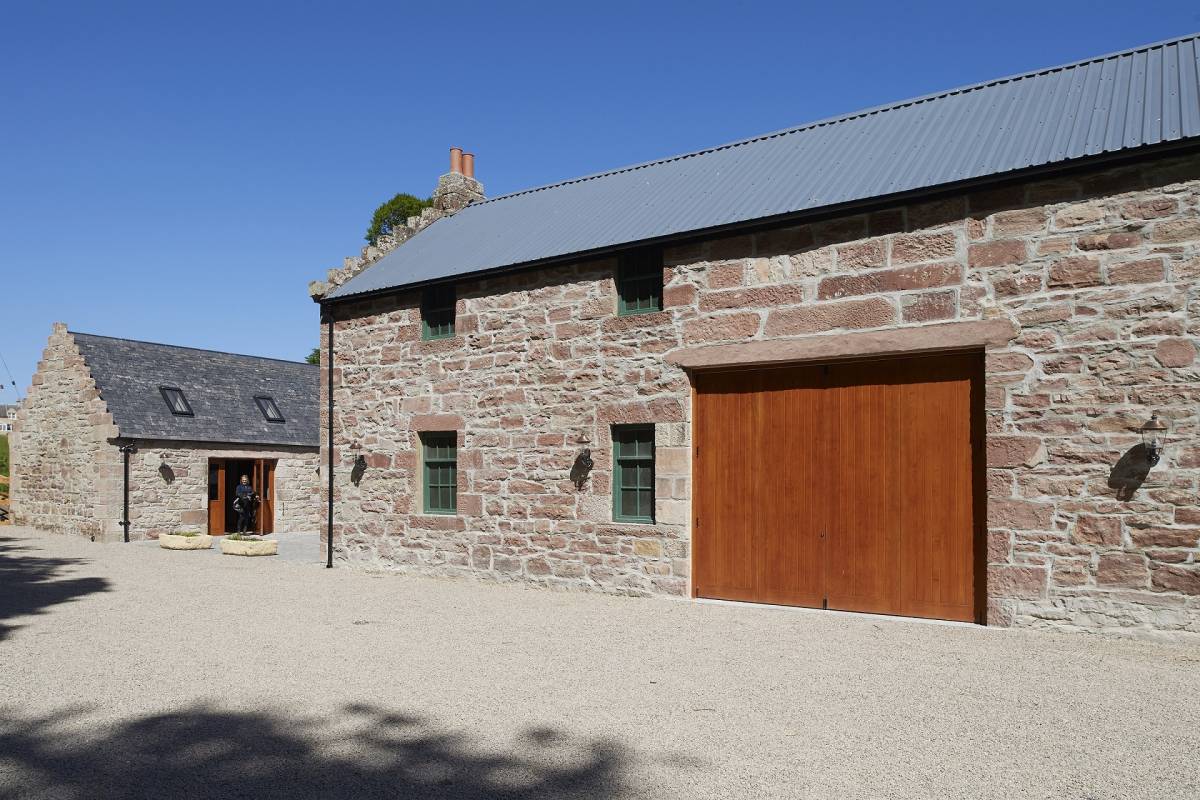 Despite the changes to the complex over the decades, the east and west ranges remain, as does the structure that houses the Equestrian Centre. So too do many original features, including the crow-stepped gables and arcade of sandstone pillars. The conservation of these historic features was vital to the redevelopment, and so the gables were repointed and the sandstone pillars carefully repositioned to demarcate the new stalls. The wash bay - which was introduced in the 1970s and connected Ivy Barn West with the stables block - was removed. As well as returning this part of the range to its original layout, it opened up the stable yard and allows the beauty of the gables to be fully appreciated. 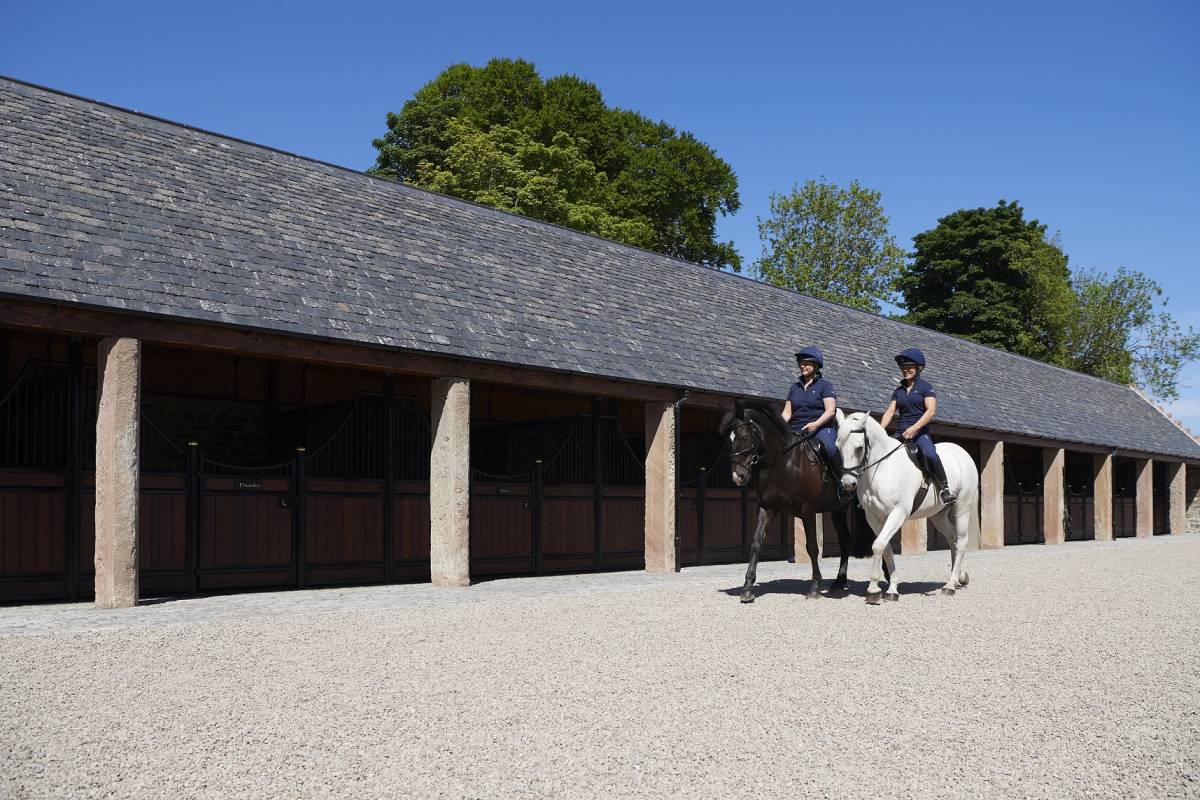 Historically, the rooves of the Home Farm complex were Ballachulish slate but these had been stripped and replaced by metal at some point in the 20th century. As part of the redevelopment, The Carnegie Club sourced Ballachulish slate to reinstate this lost architectural feature. Additionally, three conservation windows were be added to the roof above the new reception area, in keeping with the original style of the complex. 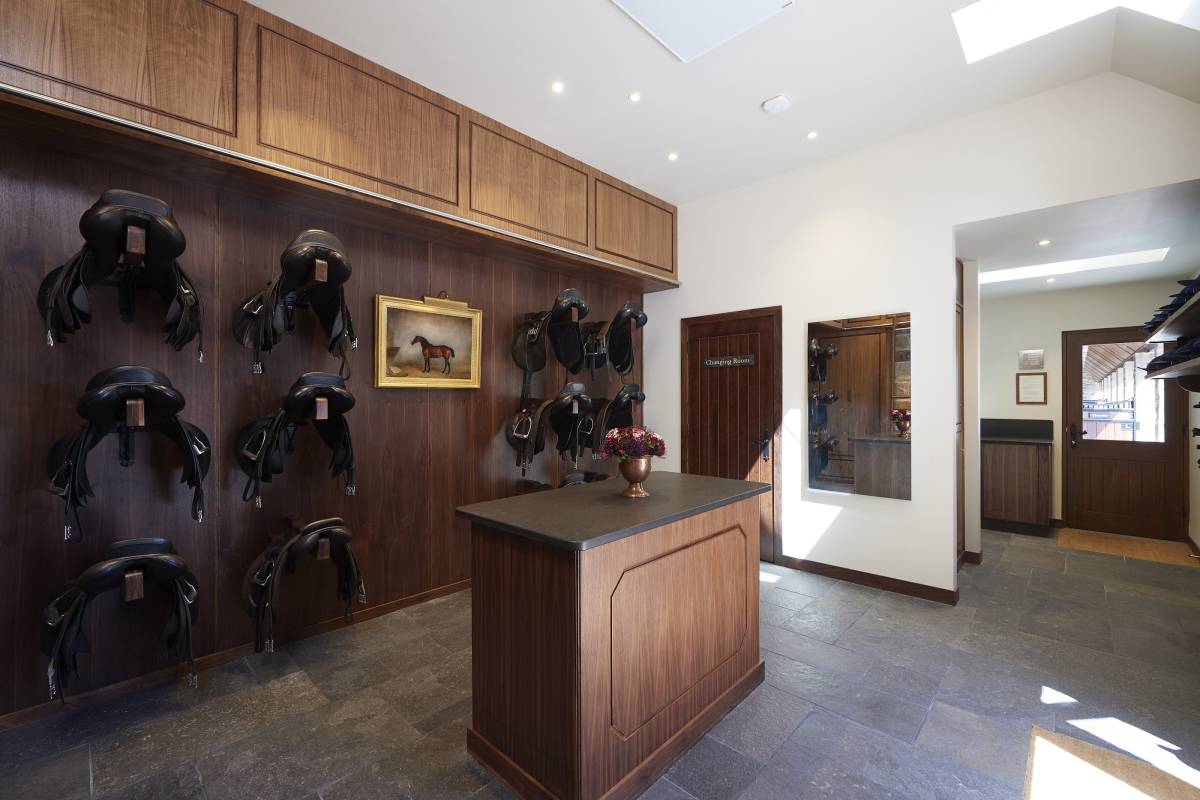 Inside the reception and tack area

Inside, the new reception and tack room is light and airy with a roomy changing area. In addition to the saddles, hats and Ariat boots you’ll find there, there is also a refreshment area, complete with fridge stocked with chocolate for a post-ride pick-me-up! 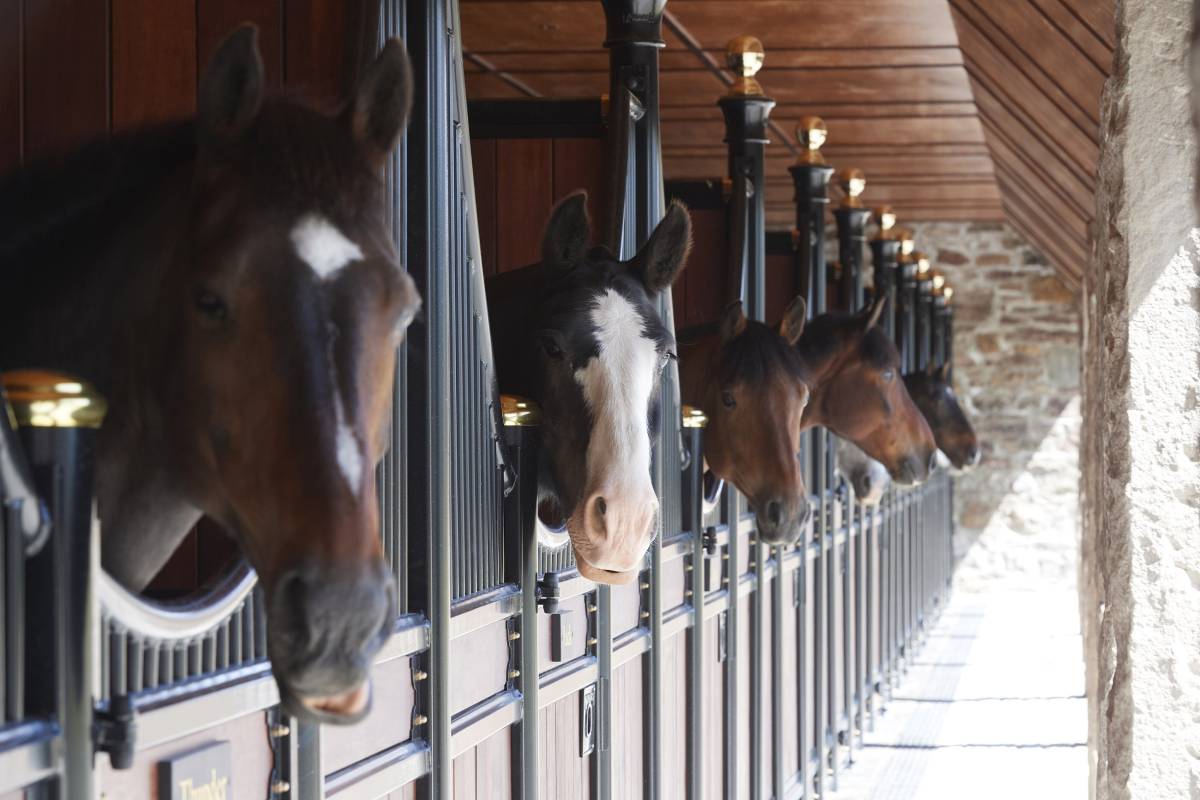 The Skibo horses have settled in well to their new stables

The design and fit-out of the stables was completed by Monarch Equestrian. The rebuilding of the stables has increased the number of stalls from nine to eleven. The old concrete floors were removed and special non-slip equine membranes laid on the floor of the stalls, ensuring that the horses are housed in a safe and hygienic environment. 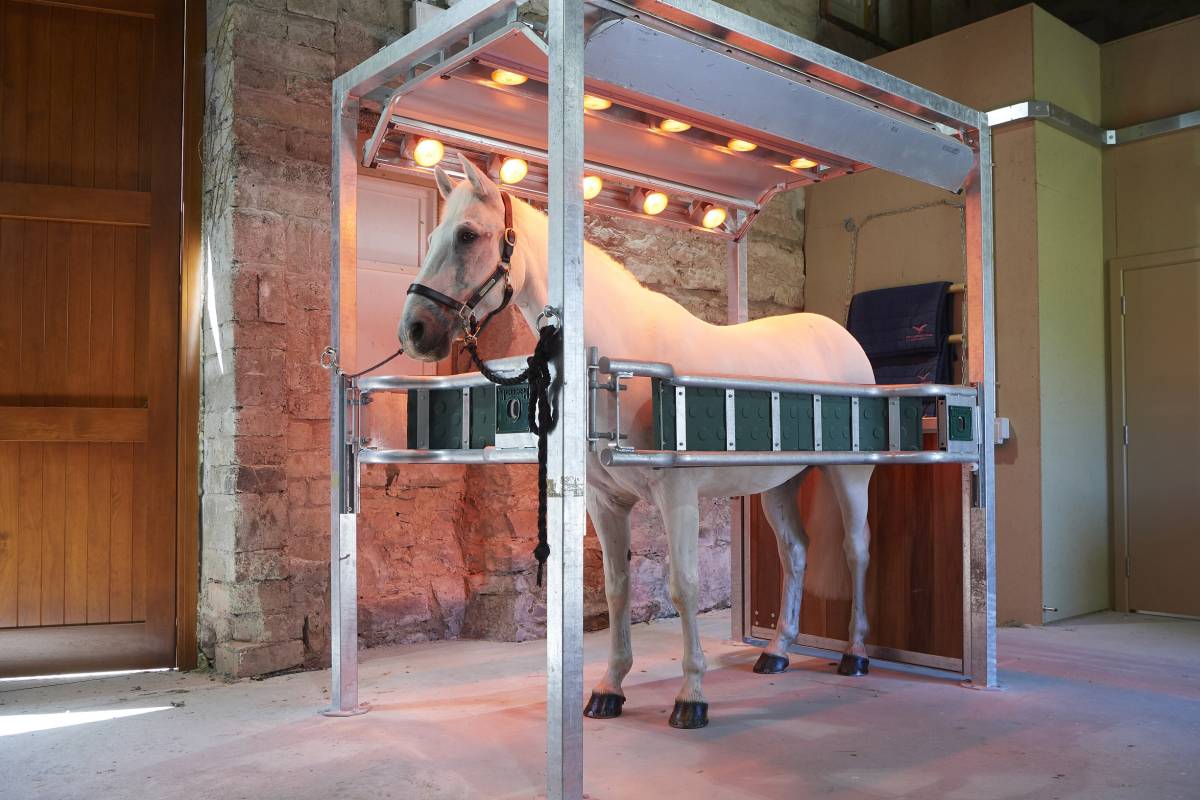 The new solarium in use

In addition to the enhanced stabling, the Skibo horses now enjoy an upgraded wash area, outfitted with stocks and solarium. The stocks allow easy and safe access during veterinary visits, while the solarium enhancement means that the club’s horses can dry quickly and comfortably after washing, warm muscles, and even top-up the their Vitamin D levels during the dark Highland winters.

Since it opened in May, the new Equestrian Centre has been a huge hit with guests and – we are delighted to say – with the club’s horses – and we look forward to introducing our members to the new facilities as they visit throughout the summer. 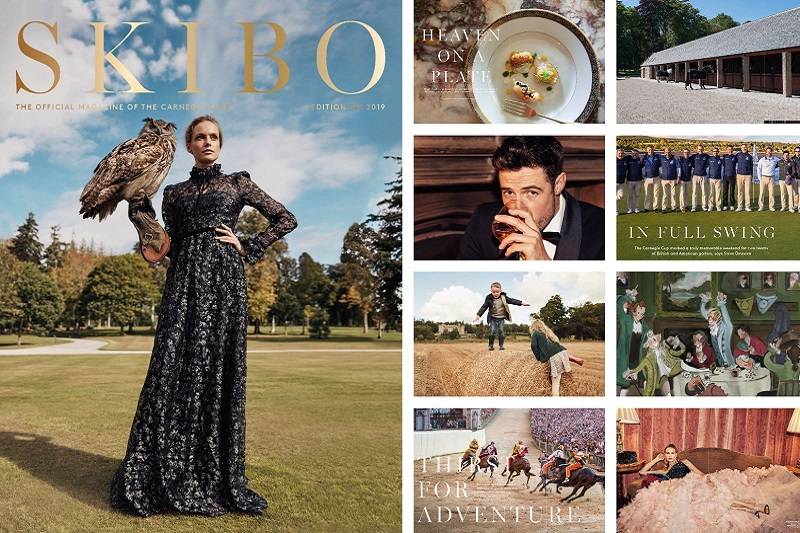 The Carnegie Club is delighted to announce that the 2019 issue of Skibo magazine has now launched. 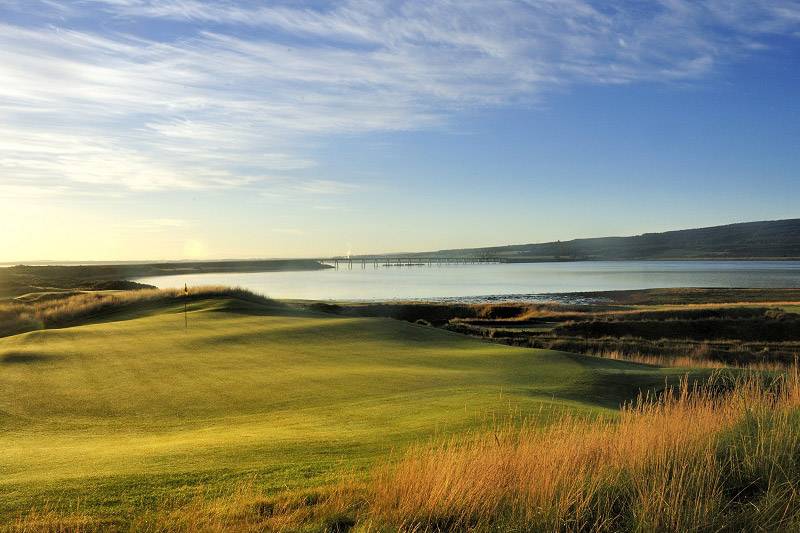 Normally the reserve of members of The Carnegie Club, the limited release of public tee times now allows non-members the opportunity to play the championship Carnegie Links.