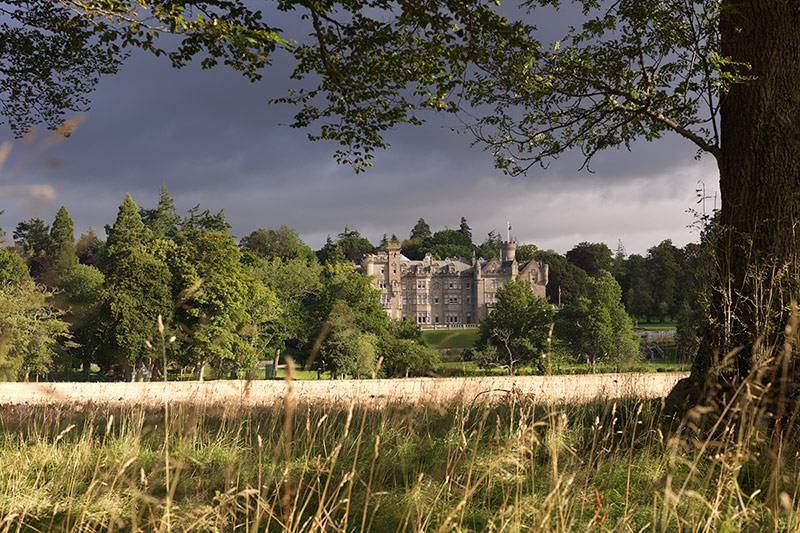 Of the world’s 615 known species of conifer, 211 (34%) are listed by the International Union for Conservation of Nature as threatened. To combat this, the International Conifer Conservation Programme [ICCP] at the Royal Botanic Garden Edinburgh [RGBE] was established in 1991 with the aim of conserving threatened conifers across the globe. One of the ways it does this is through the establishment of living collections in ‘safe sites’, where young conifers propagated by the ICCP are planted on estates and parklands. The hope is that these trees will grow to maturation in the safety of a managed estate as a means of preservation in case populations become extinct in their native habitats. In 2017 The Carnegie Club at Skibo Castle joined the programme, becoming part of the ICCP’s network of safe sites.

The Skibo grounds are home to a wide variety of north native and non-native trees, including this impressive Giant Redwood (Sequioadenron giganteum), planted in the early 1900s by Andrew Carnegie

The 8,000-acre Skibo estate is home to tens of thousands of trees. While the majority of trees are British natives such as Horse Chestnut, Beech, Wild Cherry, Sycamore, Oak and Ash, there are some rather more exotic trees in the mix, such as Red and Silver Maples, Giant Sequoia and Sitka Spruce from North America, Persian Ironwood from the Middle East; and Himalayan Cedar from the Indian Subcontinent. Many of these non-native species were planted by Andrew Carnegie in the early 1900s, and others date from even earlier. “By planting endangered conifers from across the world at Skibo, we are continuing a tradition of international planting that has existed here for centuries,” says the club’s Head Gardener, William Moir.

To ensure that the conifers planted at Skibo would be suited to the climate and environment, William Moir studied the list of available trees and identified those which he thought would best suit the conditions on the estate. ICCP founder Martin Gardner then reviewed and signed off on his choices. Martin also suggested a species William had not considered: the endangered Abies pinsapo Boiss. ssp. Pinsapo, a variety of Spanish Fir. Though from the Mediterranean, this conifer has been collected from a north-facing slope in the Sierra de las Nieves, a mountain range in Andalucía. On Martin’s advice, the club took two specimens and, two years on, they are thriving in their new Highland home. 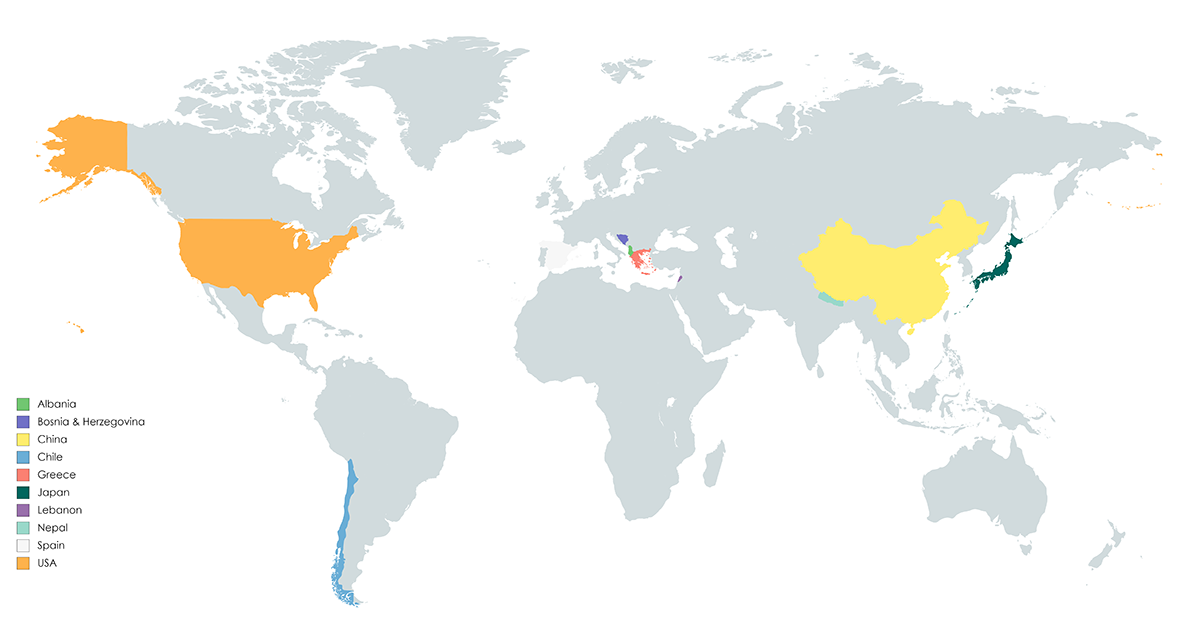 The 34 conifer specimens at Skibo come from all around the world, from Chile to Japan. Map created with mapchart.net

Because the ICCP meticulously records the provenance of its specimens, each tree picked by William can be traced back to its original collection: the Japanese Cedar (Cryptomeria japonica) was collected by the Edinburgh Iconic Kew Japan Expedition in September 2013 from the forest immediately below the Gokuraku-ji temple, for example, while the East Himalayan Fir (Abies spectabilis) was collected in October 1991 by the Edinburgh Makalu Expedition from a ridge west of Chauki on the Tinjure Danda in Nepal’s Arun Valley.

With the 34 specimens chosen, suitable sites had to be found for them on the estate. The locations for the conifers were all carefully thought out to ensure not only that the trees would succeed in their new home, but that their location would be sympathetic to the existing designed landscape.

Currently enclosed by wooden pens to protect them from the estate’s deer population, once they grow too large to make a nice snack the fencing will be removed and guests on the estate will be able to marvel at the conifers in all their glory.

To complement the established South American Monkey Puzzle (Araucaria araucana) and Antarctic Beech (Nothofagus antarctica) trees at Laundry Cottage, six Chilean trees were planted including an endangered Patagonian Cyprus (Fitzroya cupressoides)and Nothofagus alessandri Espinosa (which is a deciduous tree rather than a conifer, but included in the ICCP programme thanks to its endangered status).

Woodland on the estate’s North Drive, which had seen several trees lost to storms in recent years, was repopulated with conifers that would – when matured – be as large and imposing as the trees they replaced. The eleven trees included Serbian Spruce (Picea omorika) from Bosnia and Herzegovina, Webb Fir (Abies spectabilis) from Nepal, and Japanese Cedar (Cryptomeria japonica) from Japan.

Also among the ICCP trees planted was a Cedar of Lebanon (Cedrus libani), a majestic evergreen that will grow to 40m in height. The distinctive silhouette of this has been taken into consideration when planted and so it is the only tree in its plot so that in years to come its unique form can be truly appreciated. 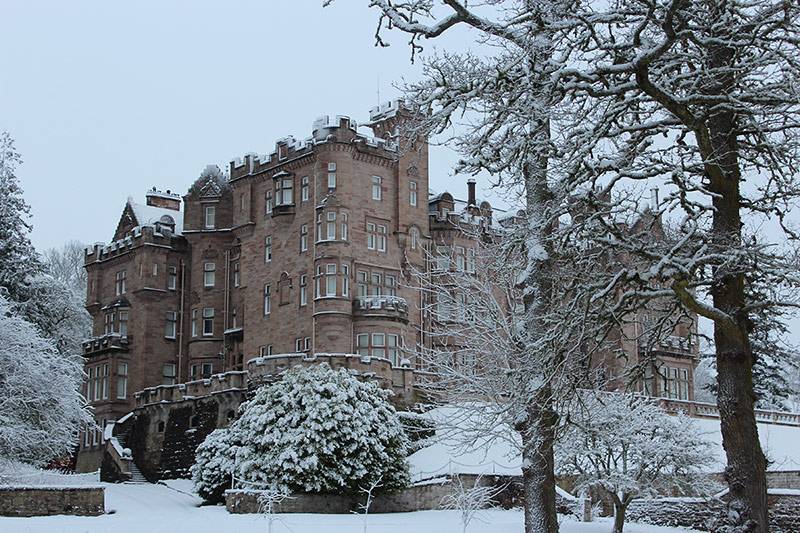 The trees have been at Skibo for two years, and – despite the arrival of the Beast from the East in early 2018 which saw the gardens buried beneath several feet of snow not long after they arrived – the trees are thriving. The rude health of the trees is attributed by William to two things: the conscientious attention of the club’s team of gardeners, and the magic of mycorrhiza. Just as scientists are increasingly aware of the importance of bacteria in the gut to human health, so too are the bacterial strains in soil being increasingly recognised for their positive impact on plantlife. In nature, some of the happiest trees are those in a symbiotic relationship with fungus.

To give the ICCP international array of trees the best chance of surviving in the Highlands, William collected soil from a local established conifer wood which he then packed around the roots of the ICCP conifers as they were planted. This effectively gave the newly planted trees a dose of probiotics, transplanting conifer-friendly bacteria to the mutual benefit of both the fungi and conifers.

In the 28 years since it was founded, the ICCP has established 200 safe sites across Britain and Ireland, comprising 15,000 individual conifers, and The Carnegie Club at Skibo Castle is delighted to play a part in the ICCP’s conversation efforts. William notes, “the trees we have planted on the estate as part of this programme will outlive us all. They are our legacy for the future.” 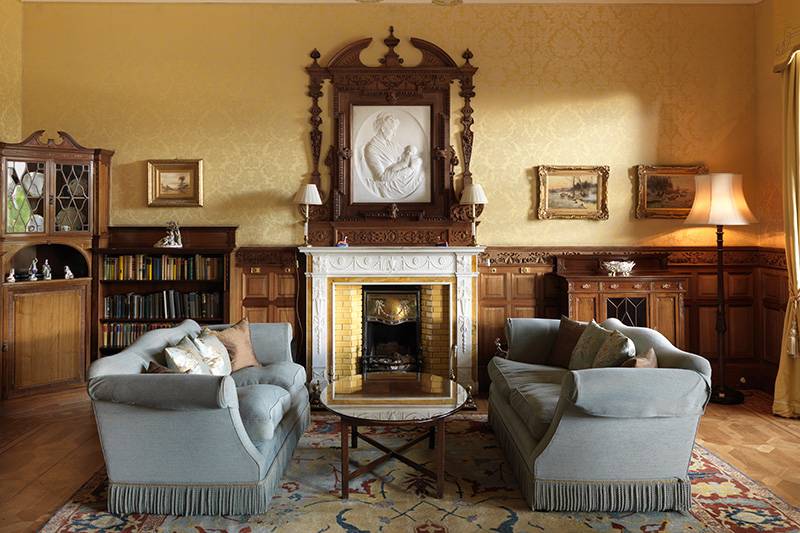 The story behind one of Skibo’s most beloved artworks, a marble relief in the castle’s Card Room created by sculptor Edouard Lantéri, is revealed. 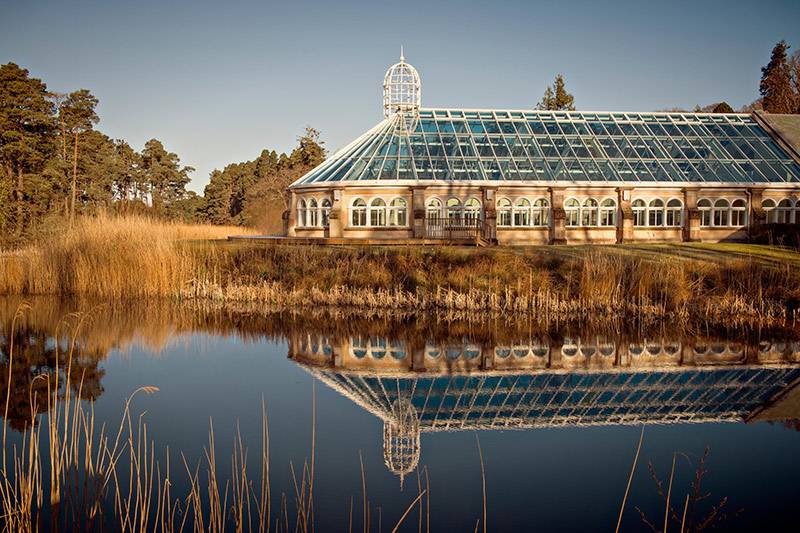 The elegant swimming pool at Skibo was built for Andrew Carnegie in the early 1900s, and underwent a sensitive $4.2 million restoration in the 2000s. Today, a swim in this historic pool is one of The Carnegie Club’s most popular activities for members both young and old.