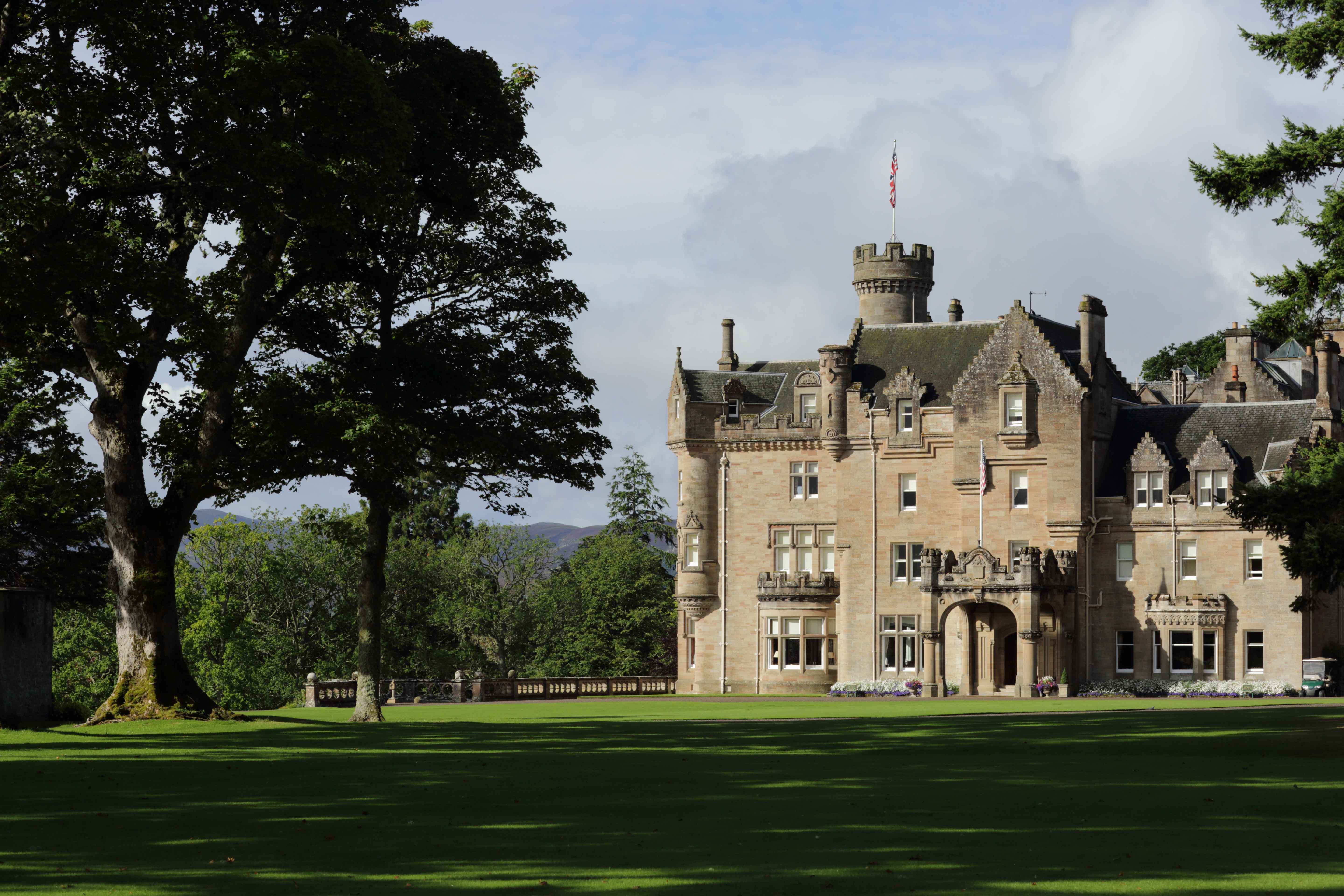 In 2012, The Carnegie Club embarked on a mission to reduce its carbon footprint, and within seven years had cut C02 emissions by almost half, reducing the club's baseline CO2 emissions from 2045.33 tonnes to 1187.06 tonnes per year. This impressive decrease was achieved through the introduction of a Carbon Management Plan, which saw the club make significant investment in infrastructure as well as implementing policies designed to reduce waste and minimise use of single use plastics.

The Carbon Management Plan was drawn up in collaboration with the Energy Savings Trust who audited the energy usage on the estate and made a number of recommendations based on this. The most significant change that resulted from this was the club's decision to invest in a biomass heating system. This was installed in 2013 at a cost of £650,000, and produces 1.8 million KwH of heat per year. Its introduction is responsible for cutting the estate's consumption of oil from 365,000 litres to just 180,000 litres per year, reducing utility C02 emissions by 596.71 tonnes per year. 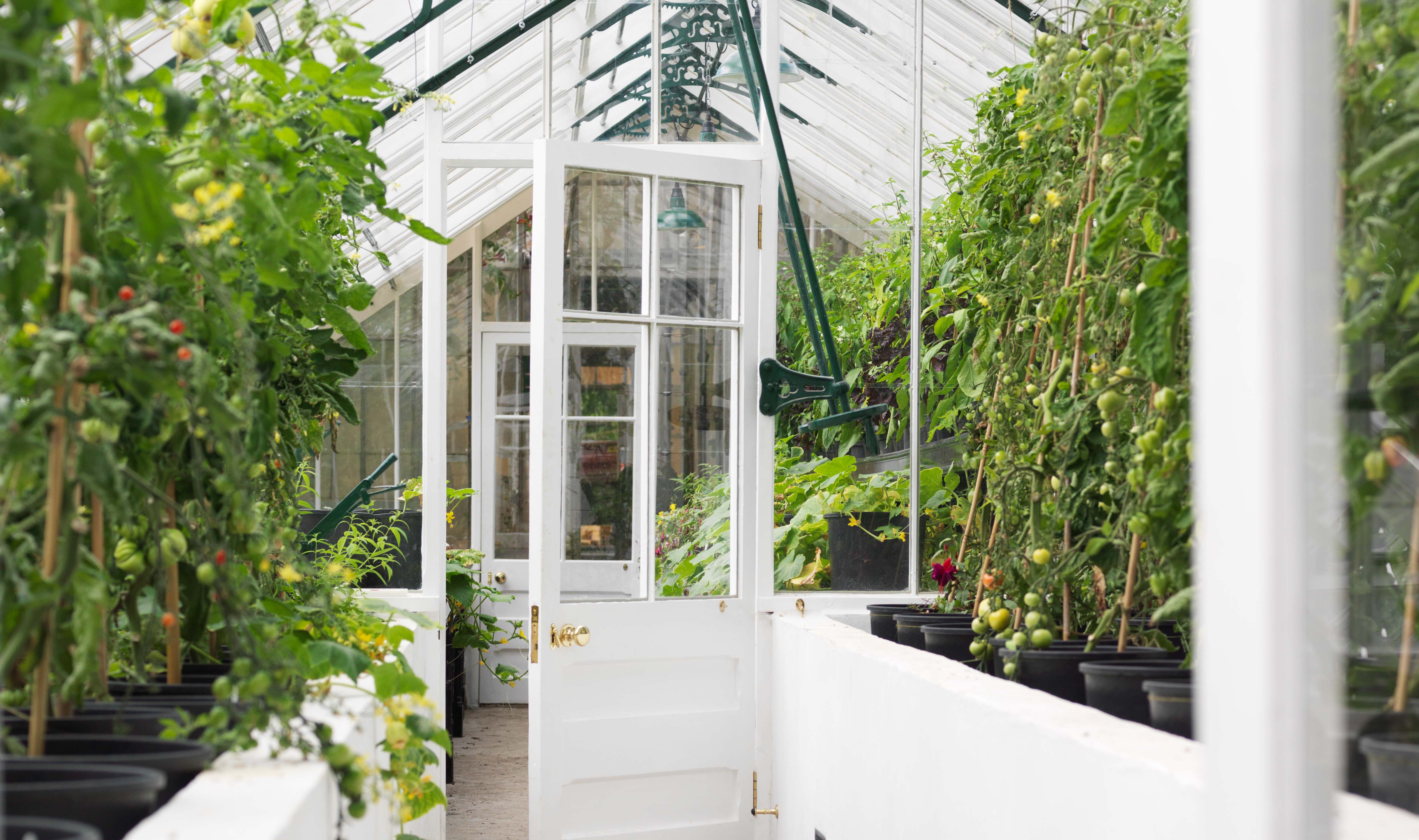 Once the renovations of the historic glasshouse complex are complete, it will be heated by the biomass system.

The biomass boiler runs on wood chips which are sourced from a local estate and produced from sustainable woodland. Currently, the system provides heat for the castle, surrounding estate lodges and the swimming pool. Once the renovations of the nearby historic glasshouse complex are complete, the biomass system will also provide heat to the greenhouses.

Alongside the biomass system, The Carnegie Club has also instituted a number of other policies aimed at reducing its carbon footprint, such as introducing energy-efficient LED lighting across 95% of the estate, the planned installation of smart meters in guest lodges that will allow the heating to be controlled remotely and so offering the club greater ability to turn down the temperature in unoccupied buildings, and investing in automated lighting that means that are triggered either by motion or when light levels fall below a certain threshold, all reducing energy consumption. 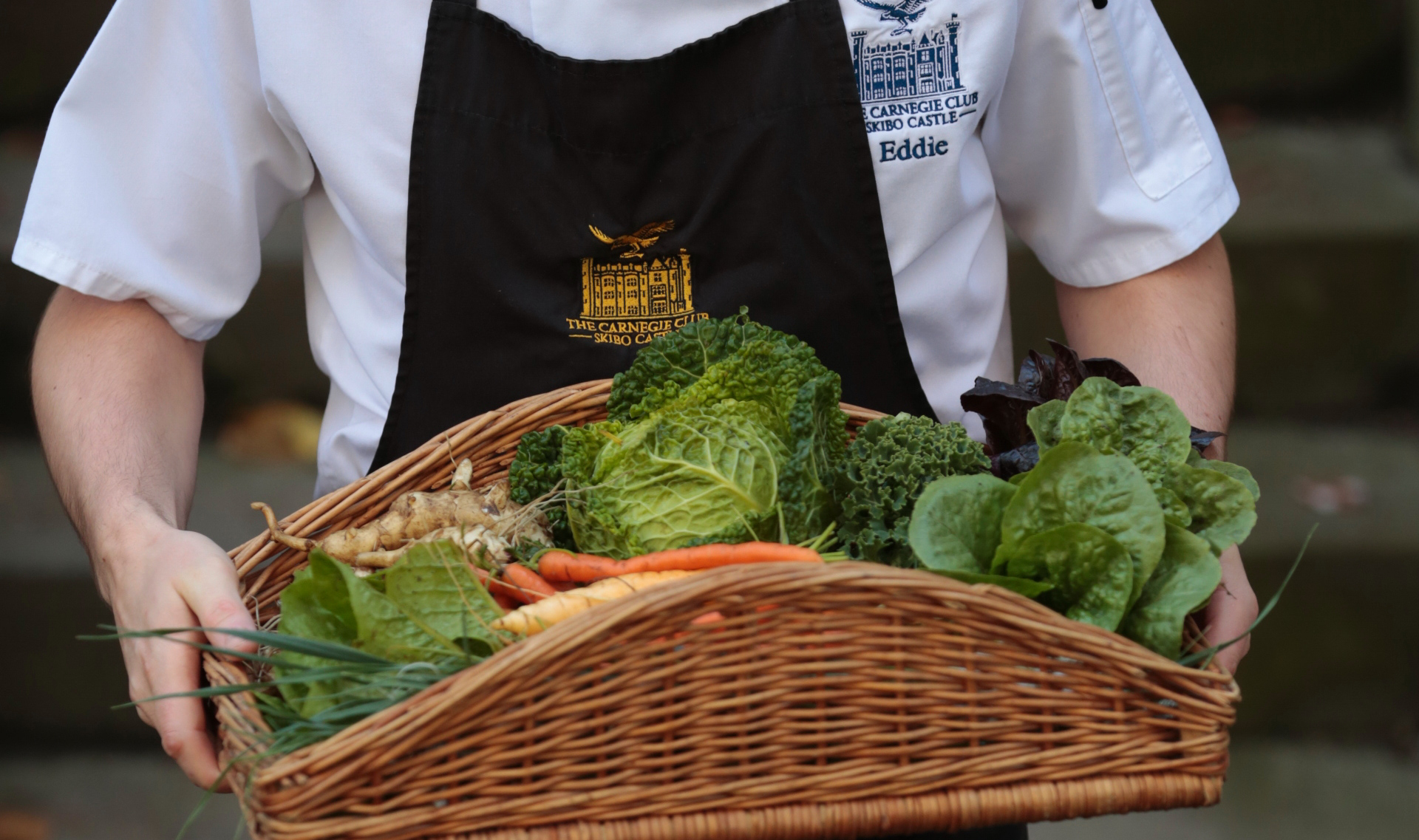 The club’s field-to-fork philosophy has reduced the food miles of the dishes served at Skibo.

In an effort to reduce the food miles of the dishes served at Skibo, the chefs utilise home-grown and locally-sourced produce as much as possible, with the club's gardeners growing a wide variety of fruits and vegetables – from raspberries and apples to artichokes and squash - to be incorporated into the seasonal menus enjoyed by guests staying at Skibo.

In 2019, the club added two electric Jaguar I-Paces to its complement of Land Rover Discoveries. Additionally, the fleet of E-Z-Go golf buggies is, from 2020, fully electric. This, along with a number of other policies – including departments co-ordinating offsite journeys, and participation in a cycle-to-work scheme – have seen a reduction in C02 emissions from transport from 253.84 tons to 117.84 tons per year. 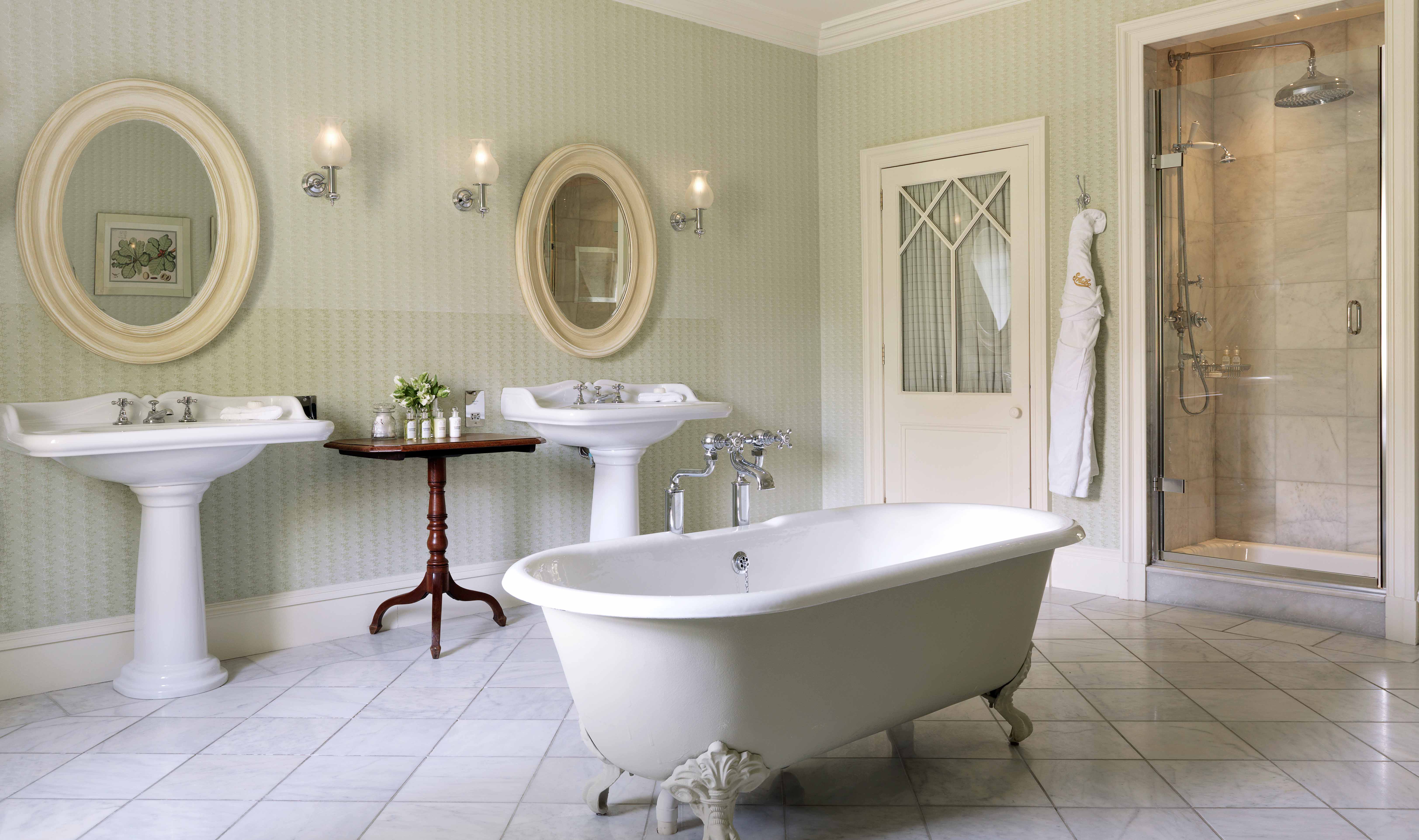 In line with Scottish legislation, plastic cotton buds in the bathrooms have been replaced by a compostable alternative.

The focus is now on the elimination of single-use plastic, with cups, food containers and cutlery replaced where possible with fully-compostable alternatives that the club can safely dispose of along with food waste from the kitchen and dining rooms. Similarly, plastic straws were swapped several years ago for paper substitutes, and in the bathrooms plastic cotton buds have been switched for biodegradable options. In time it is hoped that all compostable materials generated by the club will be processed on site for use as a fertiliser across both the gardens and agricultural areas of the estate.

Looking forward, the club aims to continue reducing CO2 emissions, working closely with Zero Waste Scotland to identify further opportunities for sustained reductions that will add to the already impressive achievements made in the first seven years of the carbon management plan. 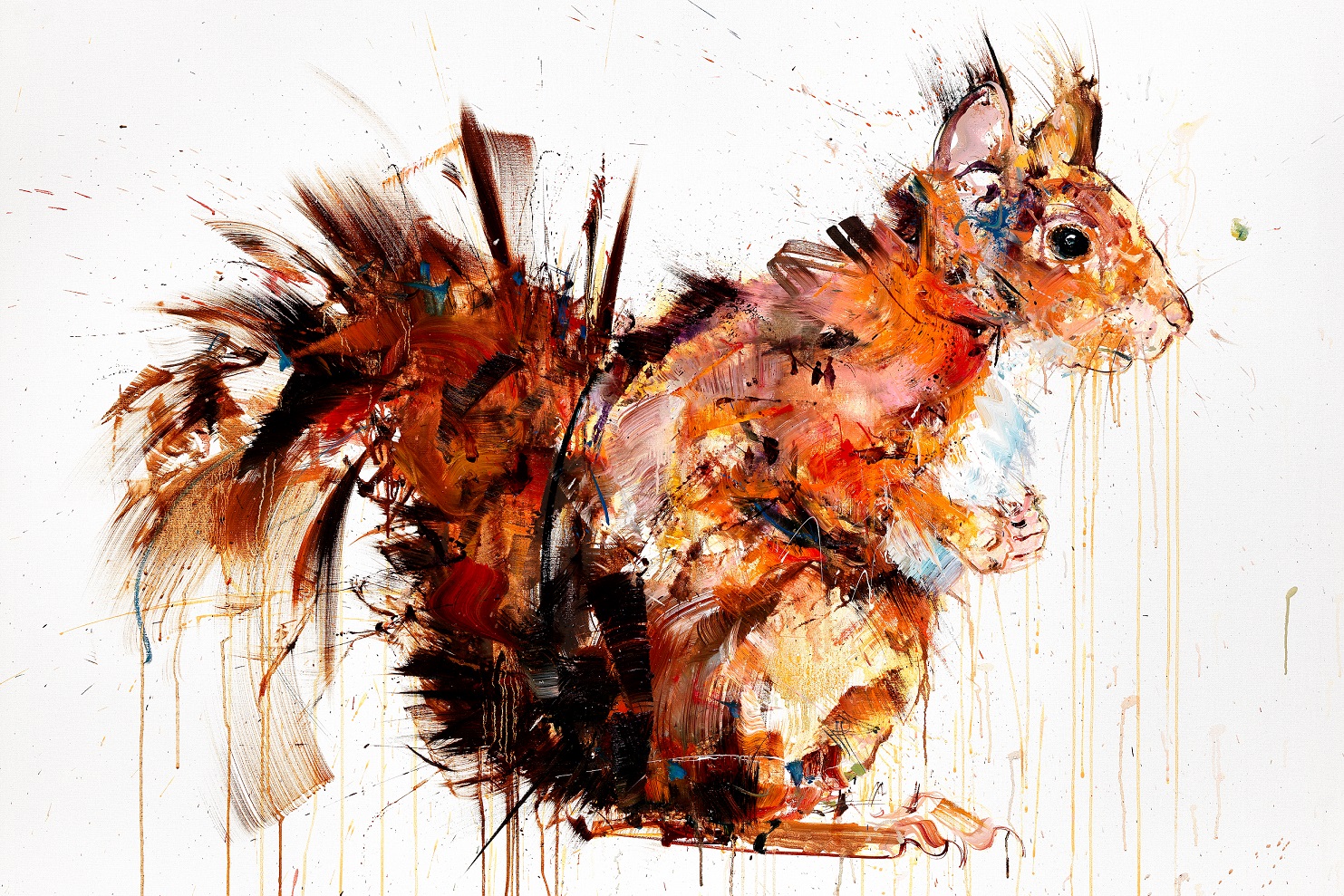 Dave White at The Carnegie Club

The Carnegie Club is delighted to welcome renowned artist Dave White to Skibo in 2020 with a year-long exhibition of his acclaimed work, presented by the Loughran Gallery. 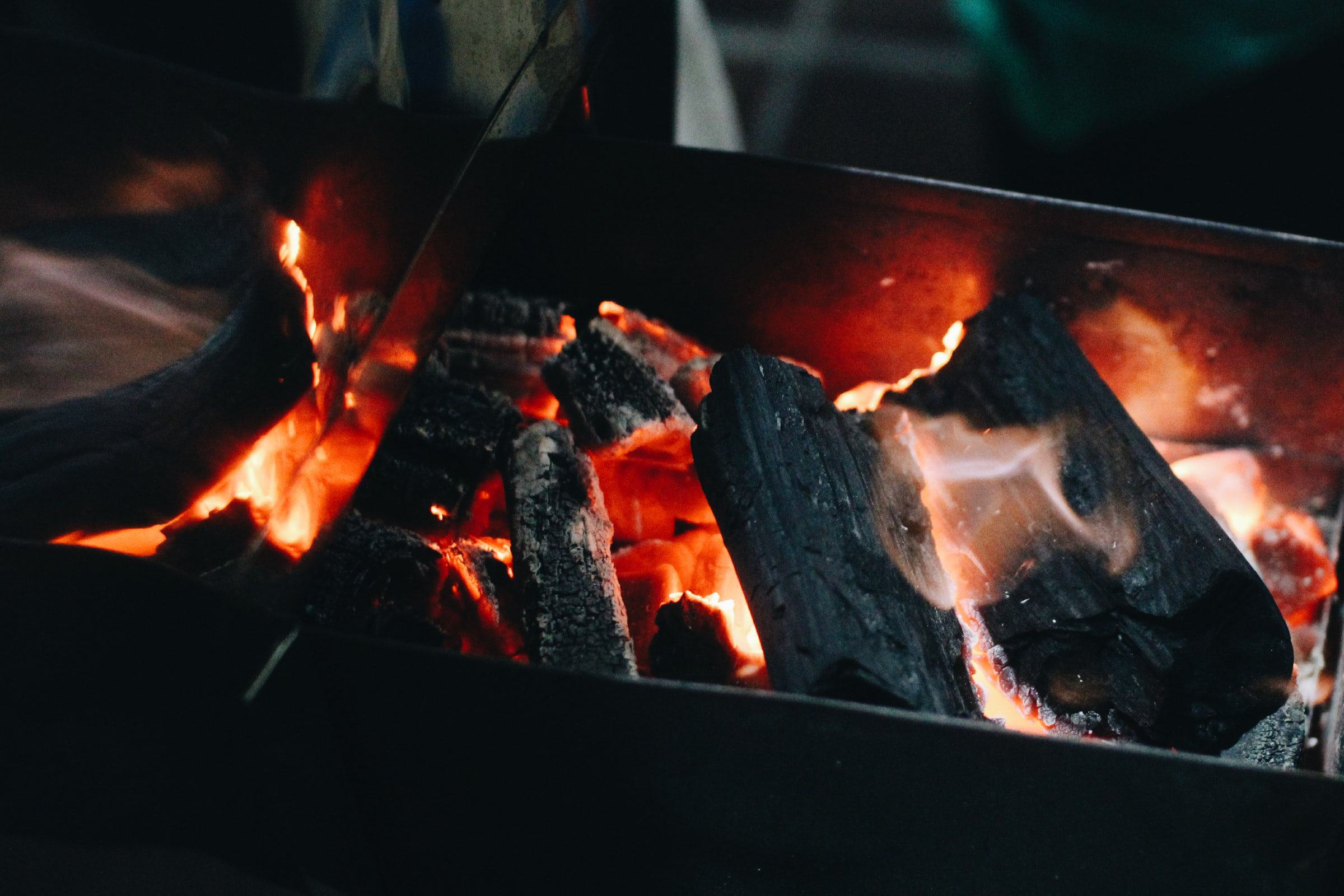 The Carnegie Club’s chefs travelled to the States to bring back the authentic American barbecue techniques and recipes that delight diners each summer at Skibo.