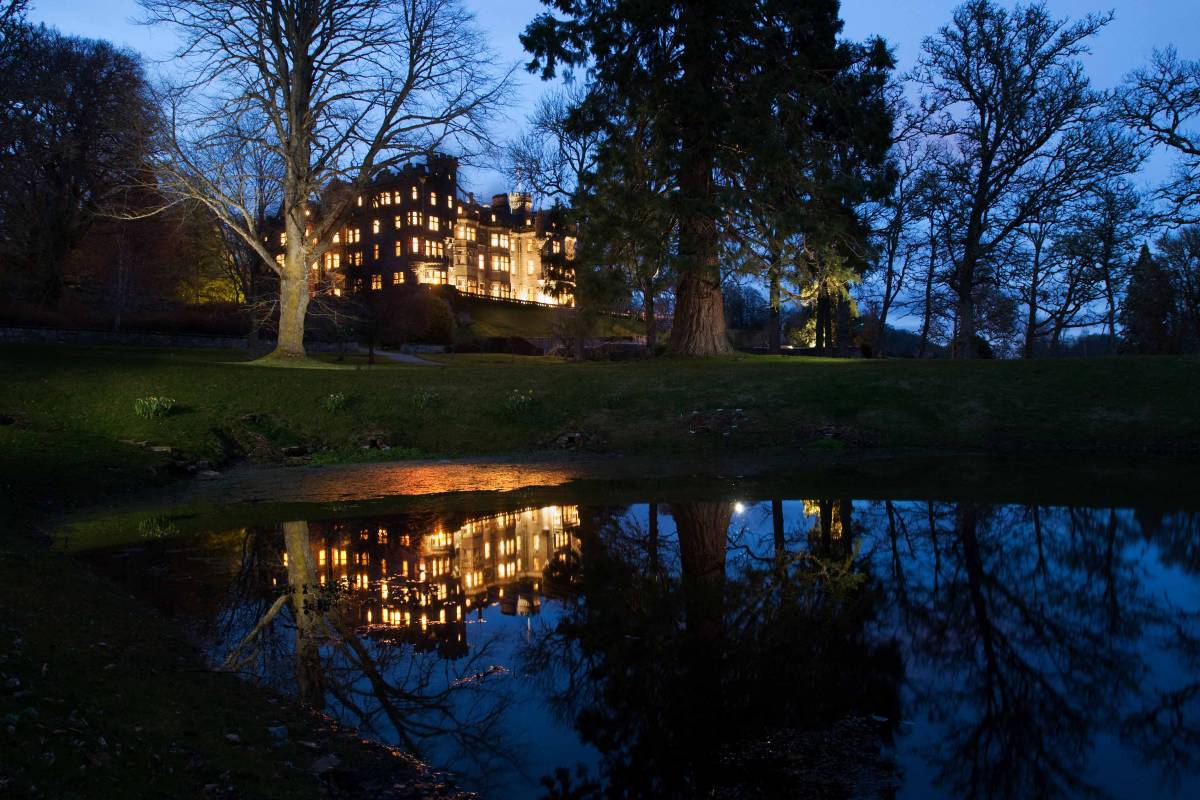 Our Halloween weekend has always been one of the most popular events at The Carnegie Club, and over the years children have enjoyed celebrating the spookiest night of the year at Skibo with pumpkin carving, fancy dress discos, golf buggy decorating competitions, movie nights, themed afternoon teas, fireworks, and more. While these activities are now ubiquitous not only at Skibo but across the country at Halloween, this was not always the case. Historically, Scotland had its own distinct set of traditions and beliefs that trace their beginnings back centuries – here are just a few of them… 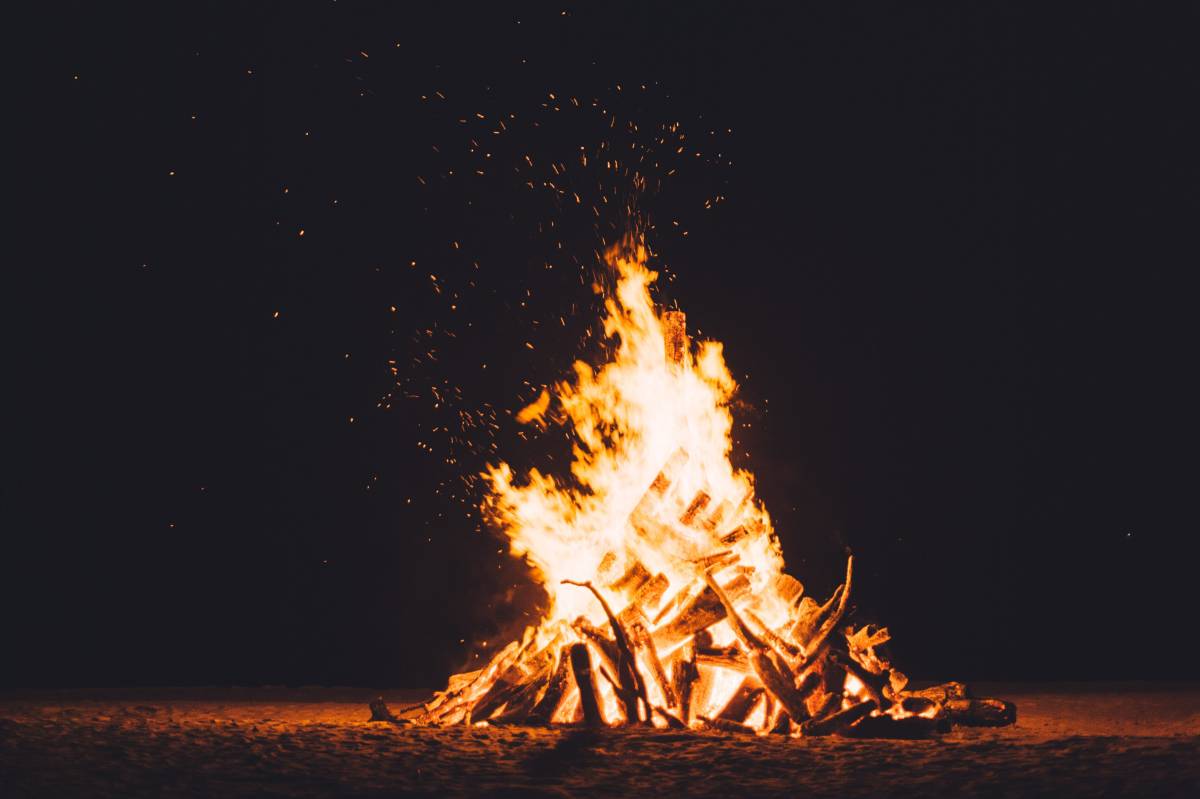 Samhain was marked with ritual bonfires, a tradition that remained central to Halloween celebrations in the Scottish Highlands.

Halloween as we know it today can be traced back to the pagan festival of Samhain which was observed between the 31st October and 1st November in Scotland, Ireland and the Isle of Man, marking the end of the harvest season and the beginning of winter with ritual bonfires. It was thought that at Samhain the boundary between our world and the otherworld – which in Celtic mythology was a supernatural realm where the souls of the dead and spirits dwelled – was at its thinnest and thus most easily crossed.

As time passed, fire remained central to many communities’ Halloween rituals. Across Scotland, bonfires burned on hilltops on the 31st October and were known as Hallowe’en bleeze. Sometimes the bonfires were surrounded by a circular trench symbolic of the sun.[1] One Highland tradition saw flaming torches carried around farms and fields – depending on when and where it took place – to either ward off evil spirits or bring fertility to the land in the coming year – before they were used to light the community bonfires. 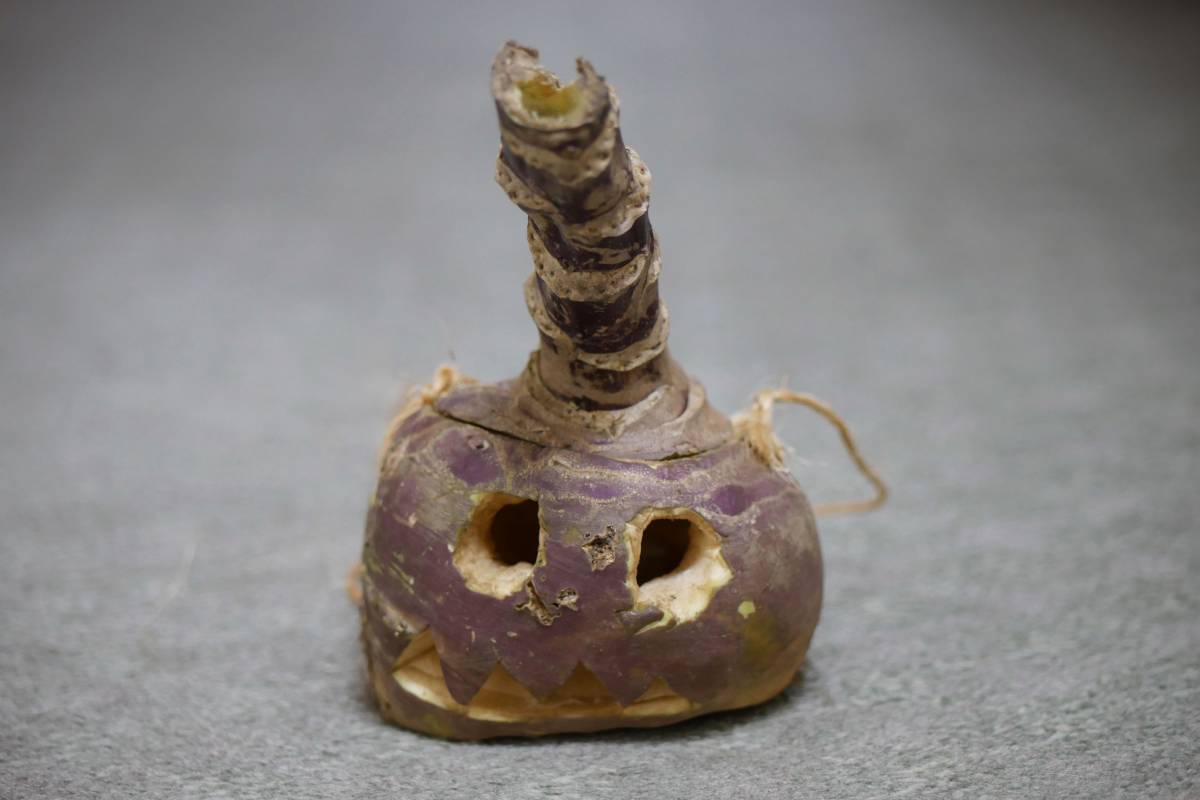 Turnips were carved to ward off evil spirits. Photograph by Culture Vannin @ Flickr

From sunset on the 31st October to sunrise 1st November it was believed that contact between this world and another was possible. On this night, the devil, witches, fairies and other supernatural beings roamed the countryside. To frighten away evil spirits, people in Scotland (and Ireland too) carved frightening faces into root vegetables – typically a turnip – and placed these outside their homes. As anyone who has ever hollowed out a neep (the Scots word for turnip) will attest, this was a formidable task. When the Scots and Irish emigrated to America in large numbers in the 19th century, they took this superstition with them. In their new home, they found squash more plentiful than turnips (as well as much easier to carve) and so pumpkins replaced root vegetables as the lantern medium of choice. 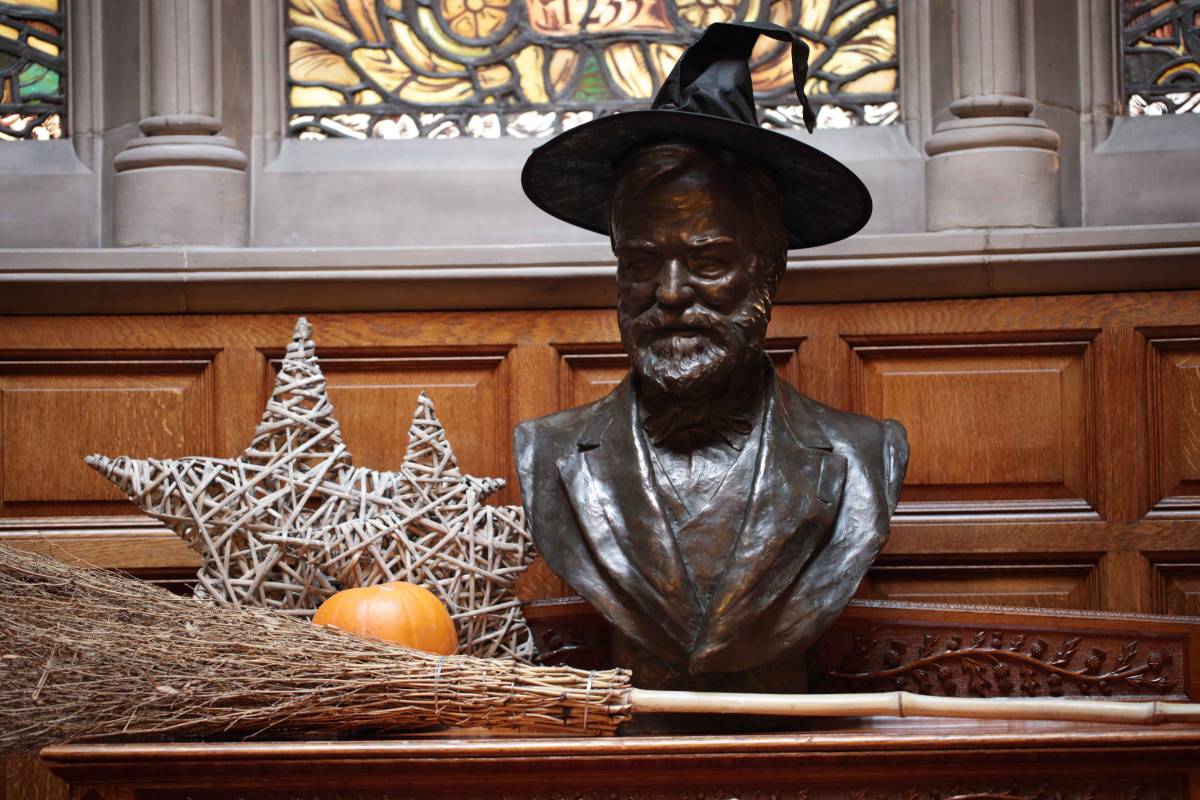 Donning a disguise on Halloween night confused the spirits.

Because of the belief that evil was abroad on the nights of the 31st October, if people ventured out on Halloween they did so in disguise to confuse the spirits. As time passed, this tradition became known in Scotland as guising (from the old French word déguiser, meaning to disguise).

Food and drink was often left outside to placate the spirits and in the Highlands where the mythical Cat Sìth – a black cat with a white spot on its chest – roamed the countryside, households that left it a saucer of milk would be blessed, but those that did not would be cursed and their cows would produce no milk that year.

Because these victuals were rarely consumed by the spirits, children would go from house to house offering to perform a song or tell a joke in return for some food. And just as turnips became pumpkins once Scots emigrants settled in North America, so too did guising evolve into trick-or-treating. 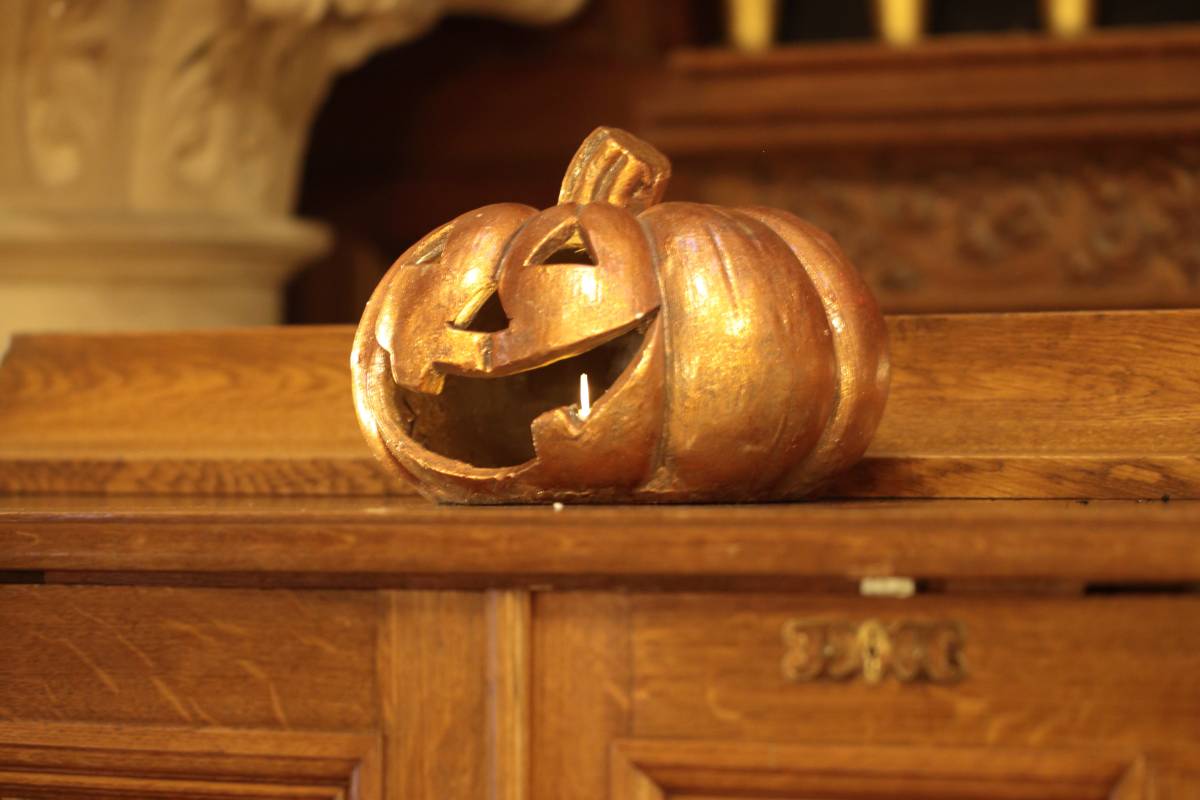 Over time, fear gave way to frivolity on Halloween.

As time passed, Halloween came to be seen as a night for frivolity rather than fear. In the Highlands in the 1800s, it was recounted that groups of boys would march through their village armed with turnip lanterns making mischief. They threw turnips and cabbages against doors, blocked entrances with carts, blew smoke through keyholes, jammed chimneys with turf causing houses to fill with smoke, tricked residents into thinking their windows had been smashed by slamming the window with their hand and then breaking a glass bottle against the wall, and even led horses from their stables and left them in fields several miles away - and they say that the youth of today are trouble![2] 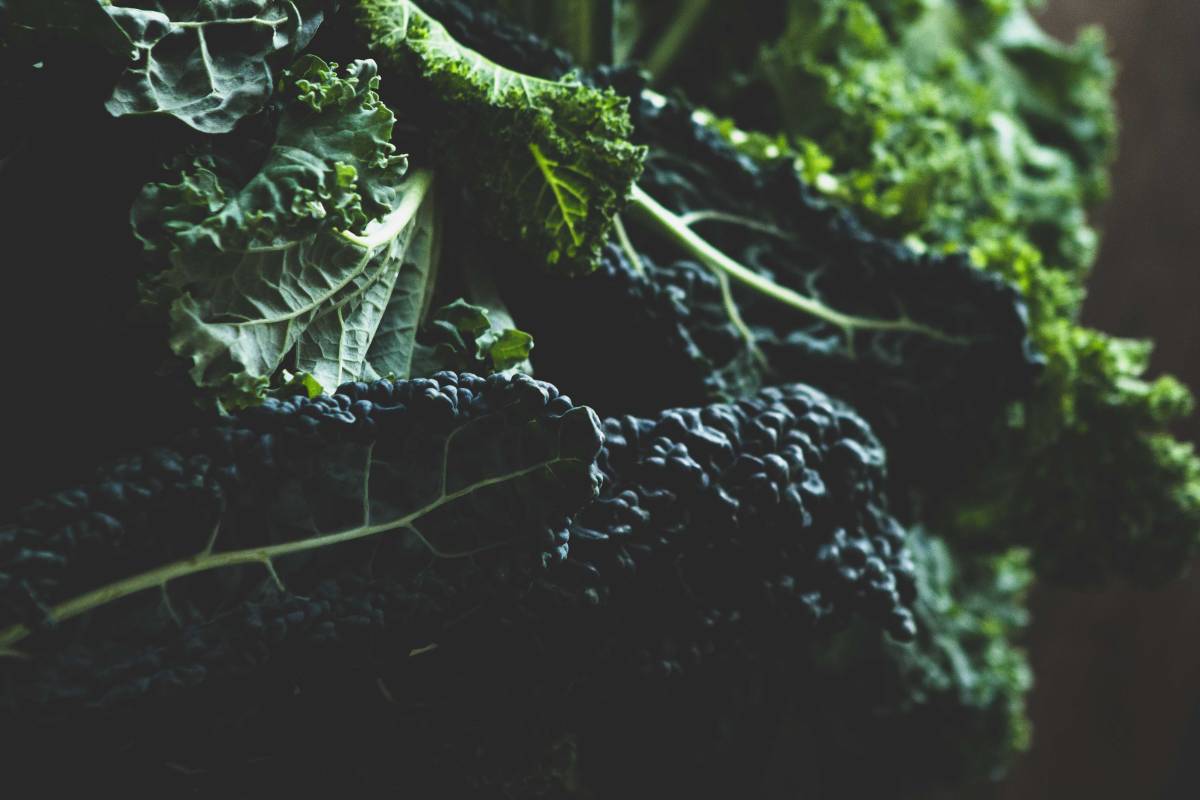 More than a superfood, kale could divine your future.

Because the barrier between this world and the next was said to be at its thinnest on Halloween, many people sought to discover what the future held for them. The folklorist and geologist Hugh Miller wrote in 1835 that one tradition, practised even then in one a few places of the “remote Highlands,” was that if you snuck out of the house unnoticed on Halloween and entered from the west a field whose furrows lay due south and north, walking slowly over eleven ridges to stand in the centre of the twelfth, you would hear one of two sounds: mournful sobs and shrieks, or music and dancing. Hear the latter and marriage lay in your future, but hear the former and your death was foretold.[3]

On Halloween, it was not only death that could be divined but also love. It was thought that if you walked blindfolded into a kailyard (vegetable garden) and picked the first stalk of kale you found, the future of your love life would be revealed. If the stalk was long your future love would be tall, if it was short so too would your spouse be, and if it was gnarled they would be deformed. Their character could be deduced from its taste – a gentle flavour meant a sweet disposition, but if it was bitter you could expect an unpleasant temperament.[4] 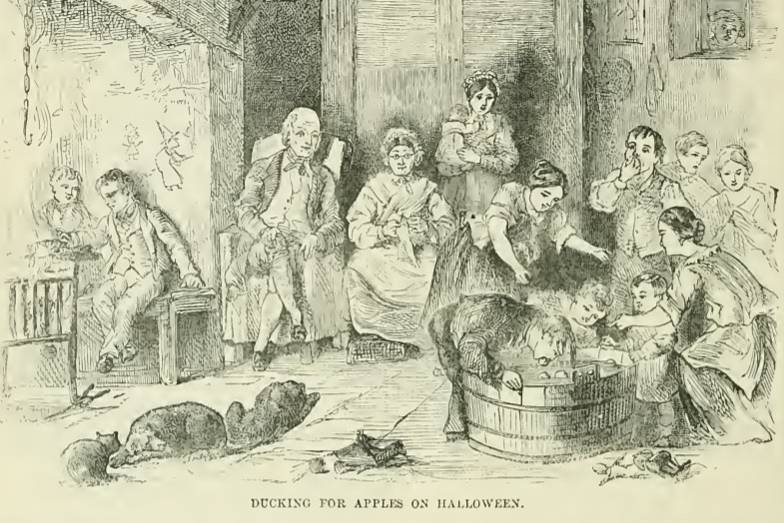 Bobbing for apples was a popular Halloween night activity. Illustration from Robert Chambers, ‘The Book of Days: A Miscellany of Popular Antiquities’ (1888)

Bobbing for apples is a Scottish tradition that dates back to at least the 14th century and persists to this day. A barrel or similar is filled with water and apples. With their hands behind their back, participants attempt to wrestle an apple from the water using only their teeth. A less messy version saw apples dangled on string from a height, with the aim being to successfully take a bite out of one. Apples, it seems, are important on Halloween: an old Scots tradition has it that if you eat an apple in front of a mirror at midnight on Halloween you will see the reflection of your future spouse standing behind you.

[3] Hugh Miller, Scenes and Legends of the North of Scotland, or The Traditional History of Cromarty (Edinburgh: Longman, Rees, Orme, Brown, Green, and Longman, 1835), p.118-9. 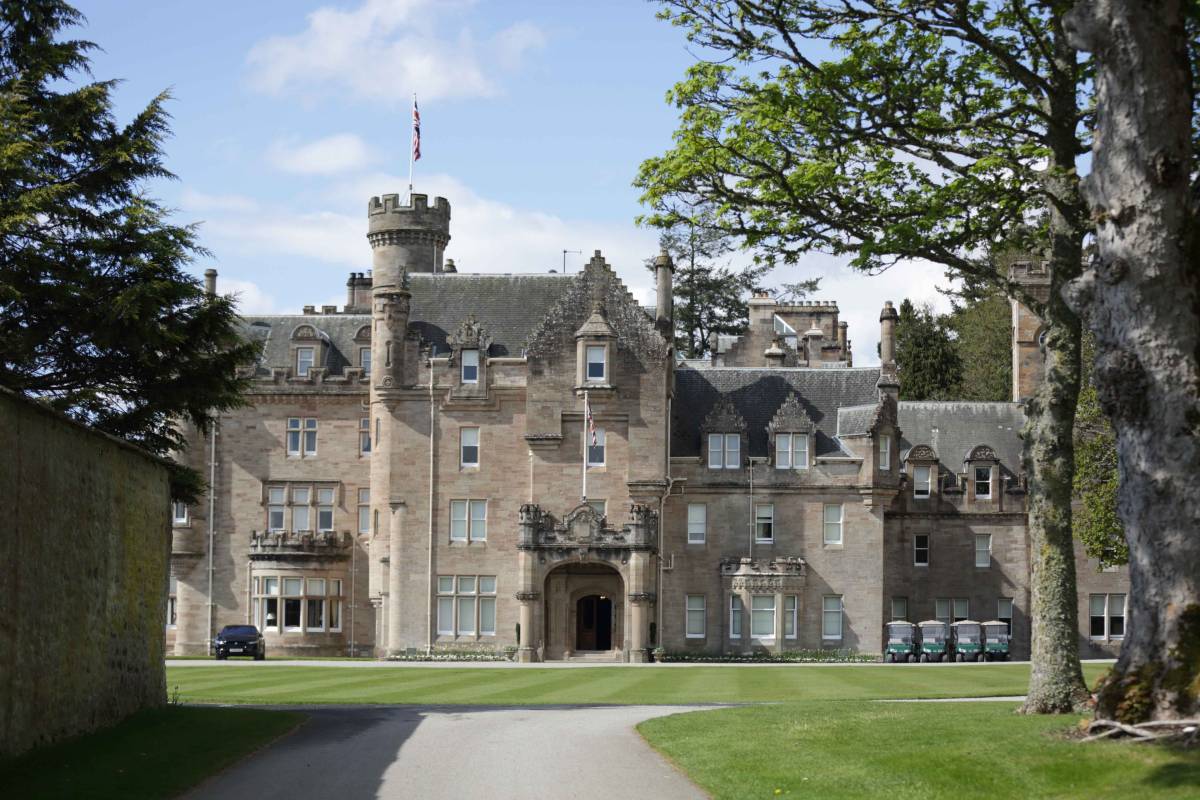 Skibo has a special relationship with America dates back over a century. 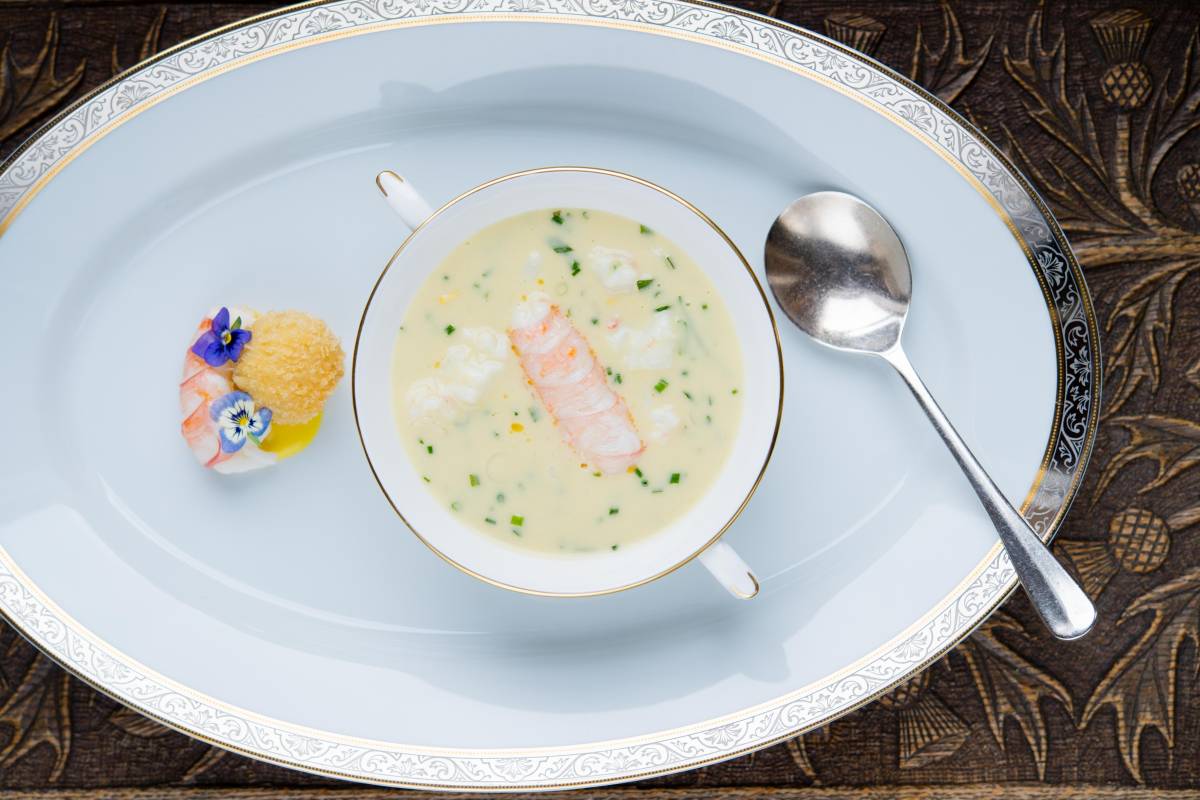 Whether harvested from lochs, hand-dived in clear coastal waters or caught at sea, the seafood of the Highlands and Islands is renowned the world over for its exceptional quality.