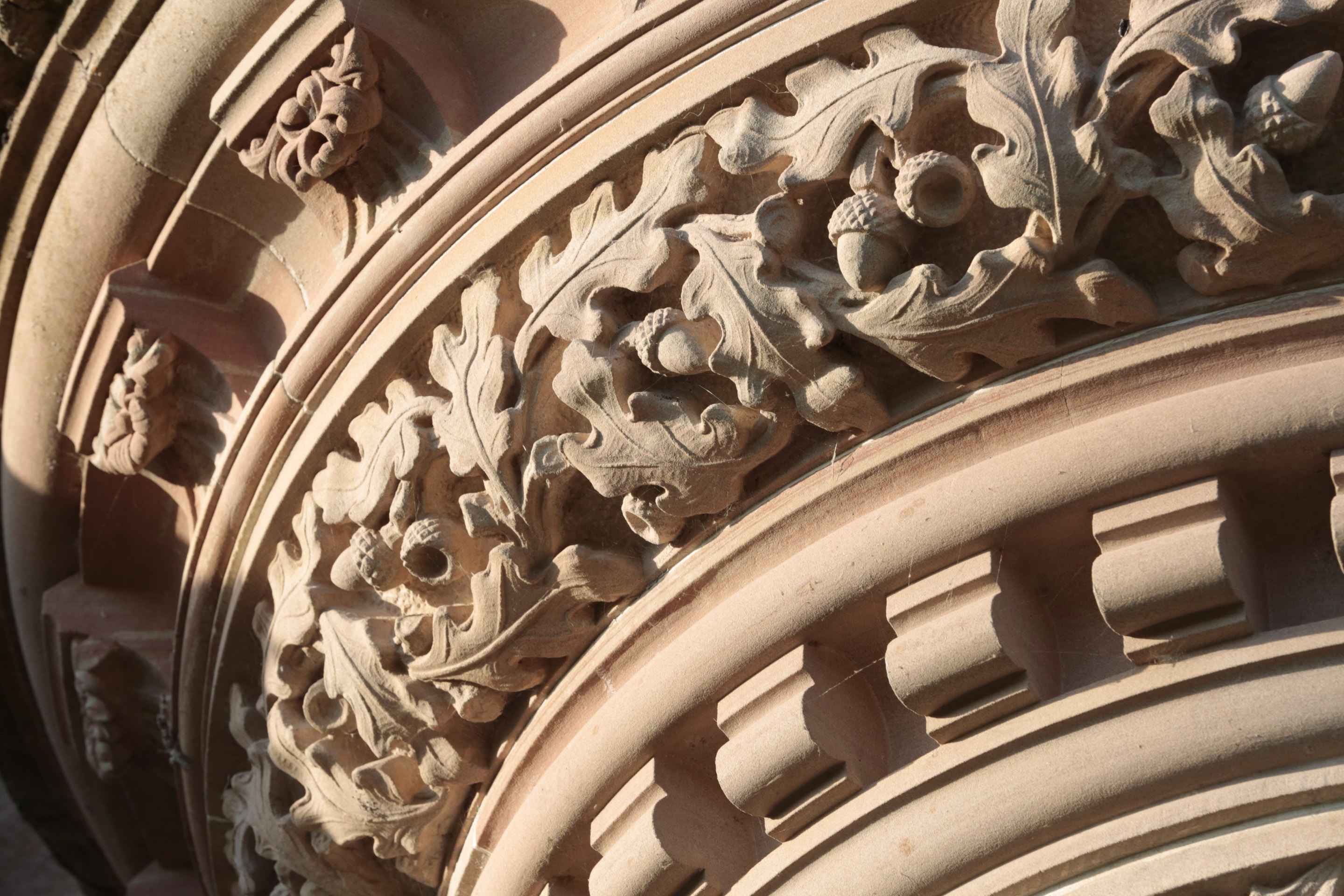 While Skibo Castle can trace its foundations back to the 13th century, most of its structure dates from around 1899 when Andrew Carnegie undertook extensive remodelling of his newly purchased Highland home. Overseen by Inverness architects Ross & Macbeth, the enormous project tripled the size of the building, transforming it into a stunning example of Scottish Baronial design.

The number of workers required for this vast undertaking exceeded that available in the local area, and so three temporary structures – the Skibo, Overskibo and Clashmugach barracks – were erected to house the many stonemasons, carpenters, and other artisans who travelled from across the country to work on the renovations. 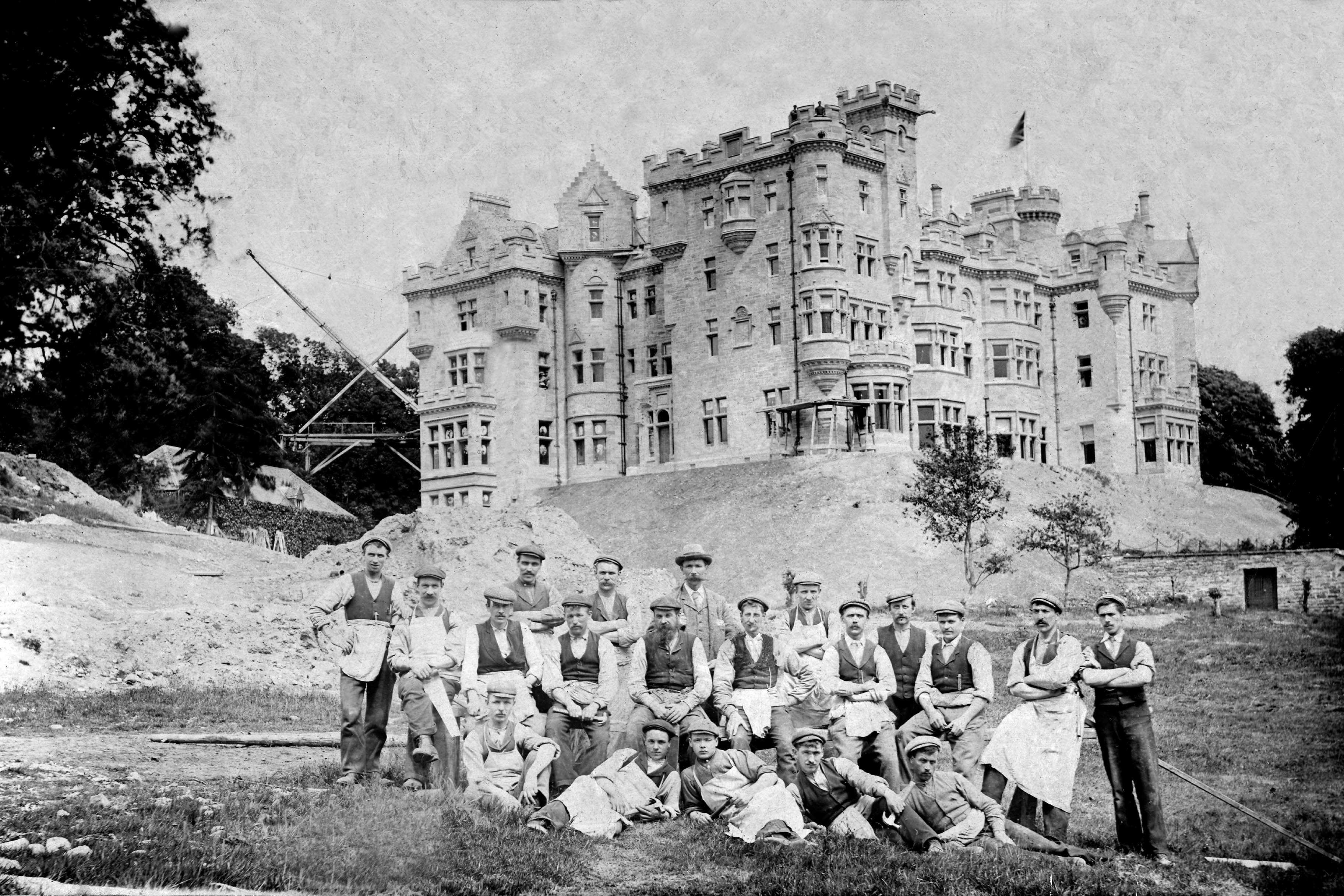 Just some of the men who remodelled Skibo Castle, circa 1900.

Skibo had been built from locally quarried stone and so, for Carnegie’s extensive remodelling project, the estate’s old quarry at Evelix was reopened, with new roads and bridges built to facilitate the movement of the newly hewn sandstone to the site.

Sandstone is a relatively soft rock, and lends itself to sculptural elements. The masons working on the building took full advantage, and across the castle elaborately carved woodland creatures, gargoyles, foliage, scrollwork, and other decorative flourishes, appeared. Their work continued beyond the castle itself, with a balustraded terrace and stone staircases leading down into the castle’s verdant gardens. 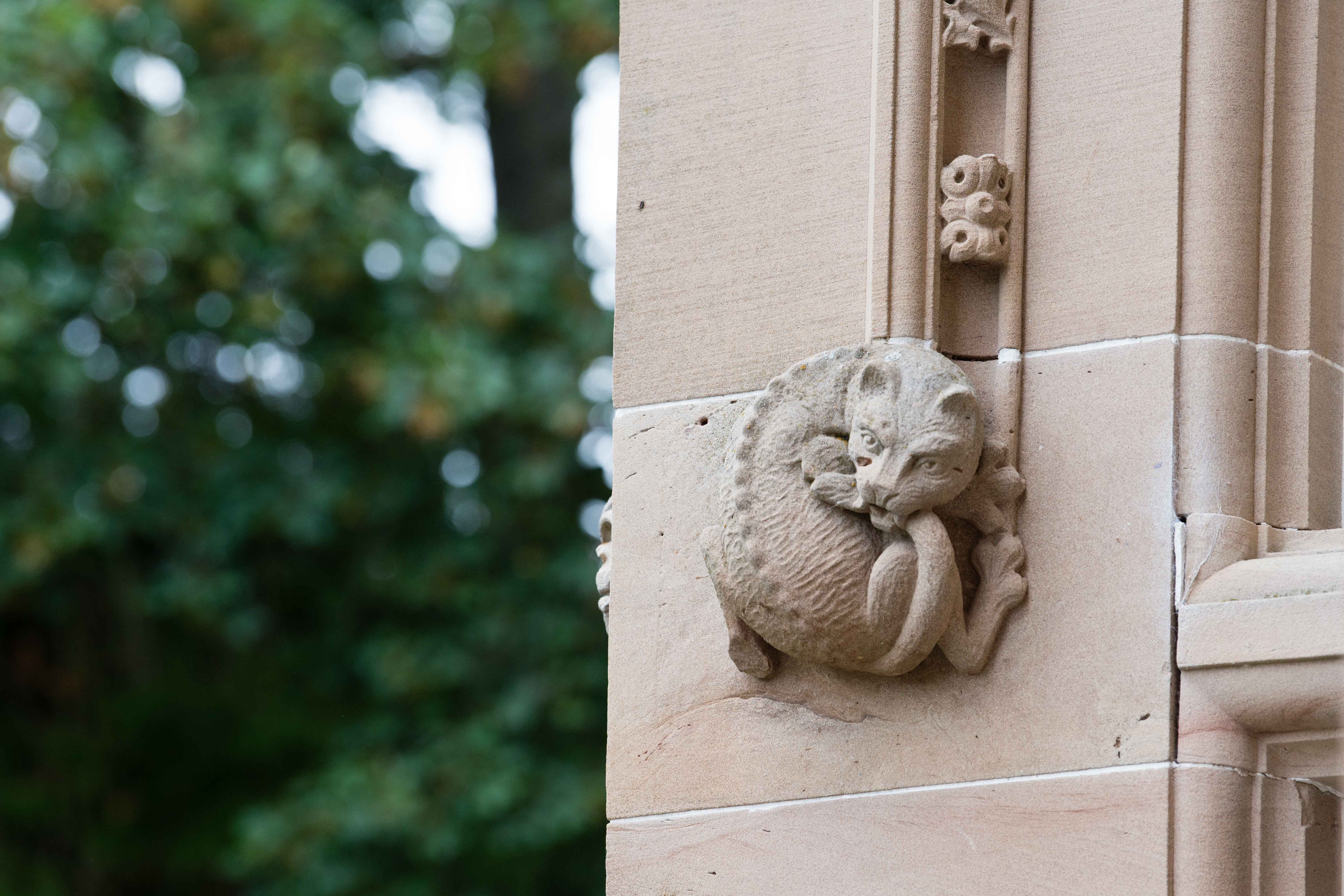 Sandstone is an ideal medium for sculpture.

One hundred and twenty years later, the artistry of these craftsmen still enthrals. The malleable quality that made sandstone an ideal medium for those artisans is, however, the very characteristic that threatens them today. This soft rock is vulnerable to erosion, and a century of Highland winters has taken its toll on some of the more exposed parts of Skibo’s stonework.

The question of how to respond to this issue fell to Managing Director Gary Gruber, who today oversees a programme of conservation, repair and restoration of the historic architecture that aims to retain and protect as much of the original stone as possible and, where it is not possible to retain it, to replace it in a sensitive and authentic way.

When the project began in 2014, Gruber knew that two aspects needed to be considered: material and craftsmanship. The Evelix Quarry had long since closed, so the question for him was where sandstone could be sourced that was as similar to the original as possible. He commissioned a petrographic analysis from the British Geological Survey, which studied the Skibo sandstone in the hope of matching it to a commercially available stone. 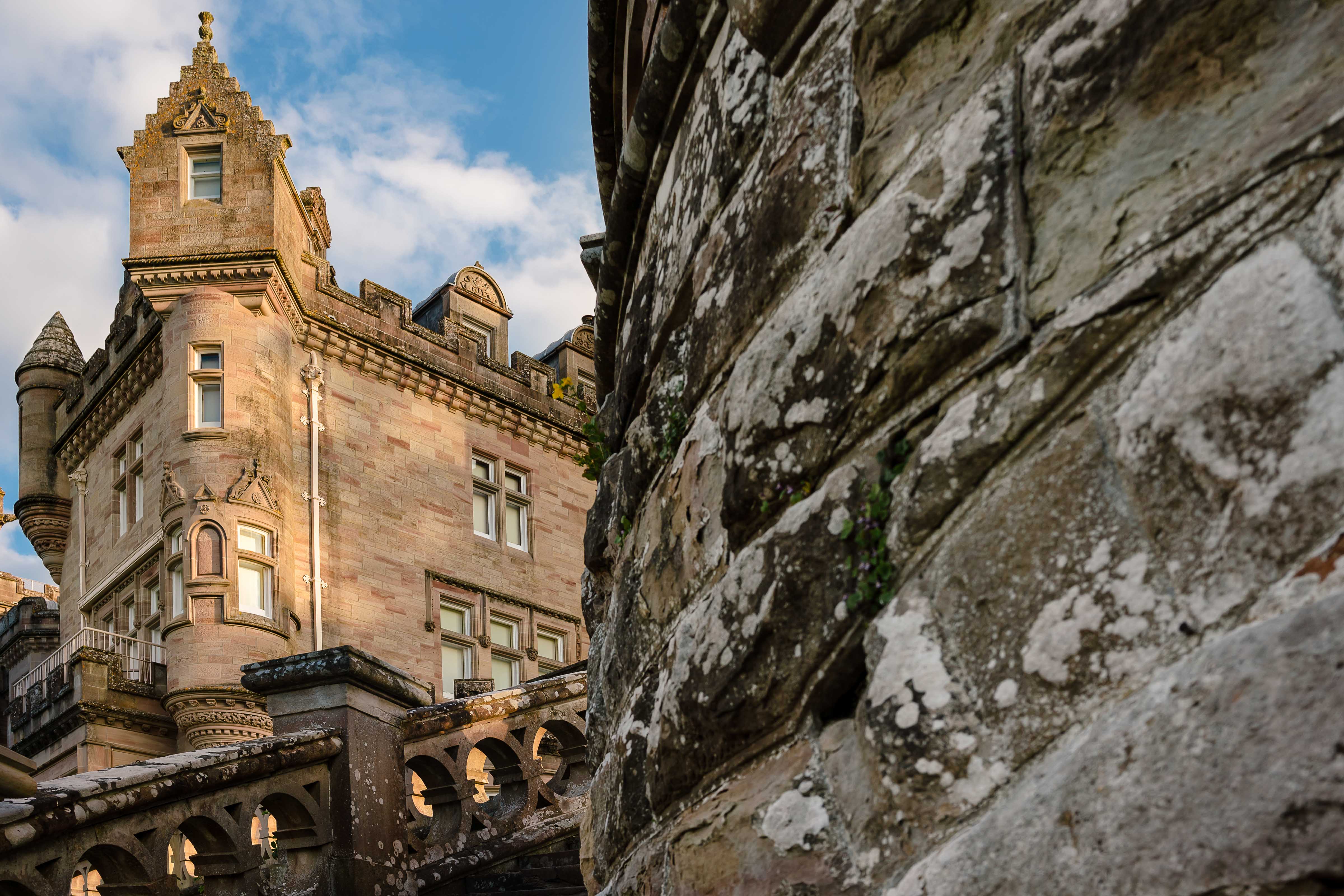 Skibo Castle and its terraces are built from sandstone hewn on the estate.

‘We were in luck,’ says Gruber. ‘They discovered that Skibo sits at the north of the Raddery Sandstone Formation, that extends 30 miles south-east to Elgin, and so we now use a quarry there, which excavates sandstone geologically identical to that which was hewn here on the estate a century ago.’

With suitable replacement stone sourced, Gruber visited Culzean Castle and Dumfries House to investigate how they were responding to stone degradation. ‘I found that they were facing the same problem we were at Skibo: whether it was caring for historic stonework, leaded windows or parquetry, there just weren’t enough craftspeople to cope with the demand.’ This skills shortage has been recognised by organisations such as The Prince’s Foundation, which operates a programme of vocational courses in heritage crafts including stonemasonry, woodworking and thatching.

‘At Skibo, we are passionate about the preservation of these key skills,’ says Gruber. ‘We work with a local company, Sutherland Stone, and particularly with their mason Garry Buggy, who tools replacement stonework for us in the company’s workshop in Golspie. He can recreate identical matches for Skibo’s original features, from terrace balustrades and complex ropework to multifaceted thistle finials.’ 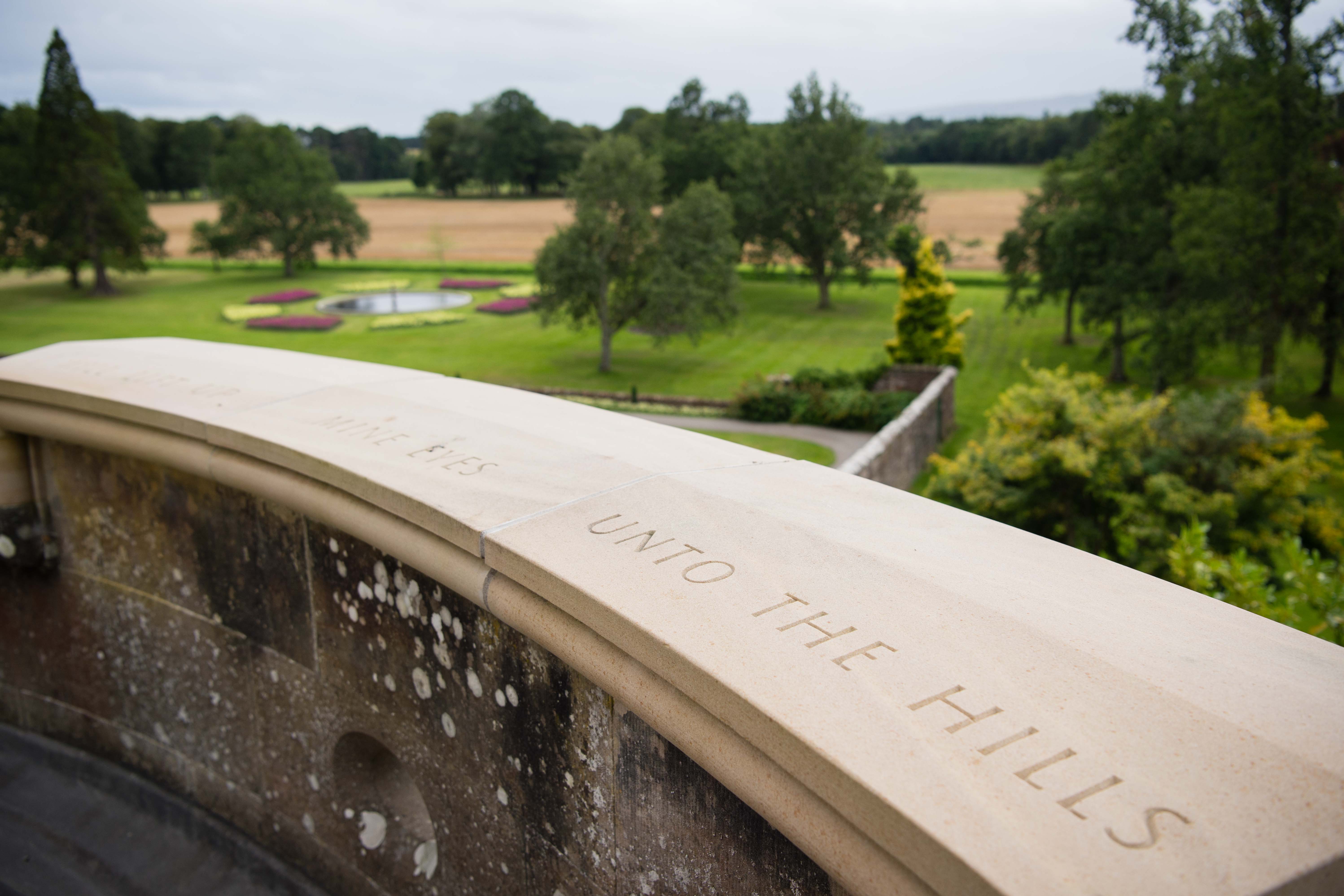 The replacement coping stone inscribed with one of Louise Whitfield Carnegie's favourite Psalms.

‘Last year, we replaced some of the coping stones on the castle terrace. They had originally been inscribed with a line from one of Louise Whitfield Carnegie’s favourite psalms – I will lift up mine eyes unto the hills – but over the years the stone had eroded to the extent that the inscription had been lost completely. Garry has recreated these for us, and members at Skibo are once again inspired to follow Louise’s direction and take in the magnificent views of Struie Hill.’

While some pieces go straight from the workshop to the castle, more prominent stonework has a rather more circuitous journey ahead. ‘Even though the stone is identical to that used to build the castle, it looks the same as the Skibo sandstone did over a century ago when it was brand new. One hundred and twenty years have aged the look of the stonework considerably,’ says Gruber. 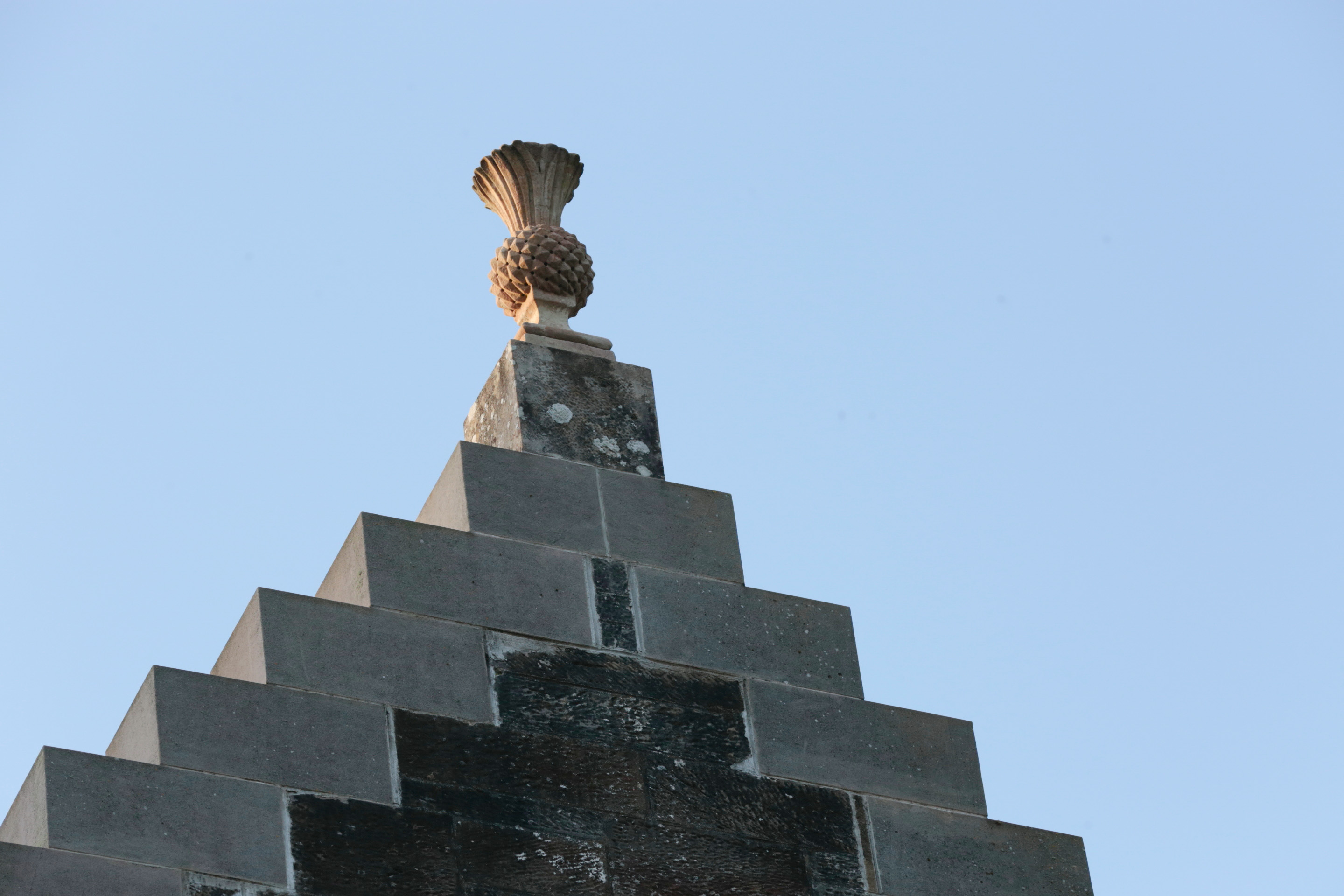 Replacement sandstone has been weathered outdoors for several years.

To mitigate the difference in colour and condition, the larger blocks of cut stone are left outdoors to weather, sometimes for years, before being installed. This task falls to the Club’s stonemason, Benny Mackay, who is responsible not only for the stonework of the buildings, but also the boundary walls and drystone dykes on the estate.

With his decades of experience, Mackay is an invaluable member of the team. Like many master craftspeople, though, he is approaching retirement. Gruber is conscious of the impact the loss of a man of Mackay’s talents will be to Skibo. Consequently, the Club hopes to pair him with an apprentice in the last few years of his employment to ensure that the invaluable skills he possesses are passed on to a new generation.

‘We have a duty of care as custodians of Skibo,’ says Gruber. ‘The castle, its gardens and buildings have been here, in some cases, for centuries.’ With the Club’s commitment to conserve the historic stonework and its support of the tradition of artisanship at Skibo, they look set to stand for centuries more.

A version of this post originally appeared as the article ‘Heart of Stone’ by Victoria Connor in the 2021 edition of Skibo magazine. 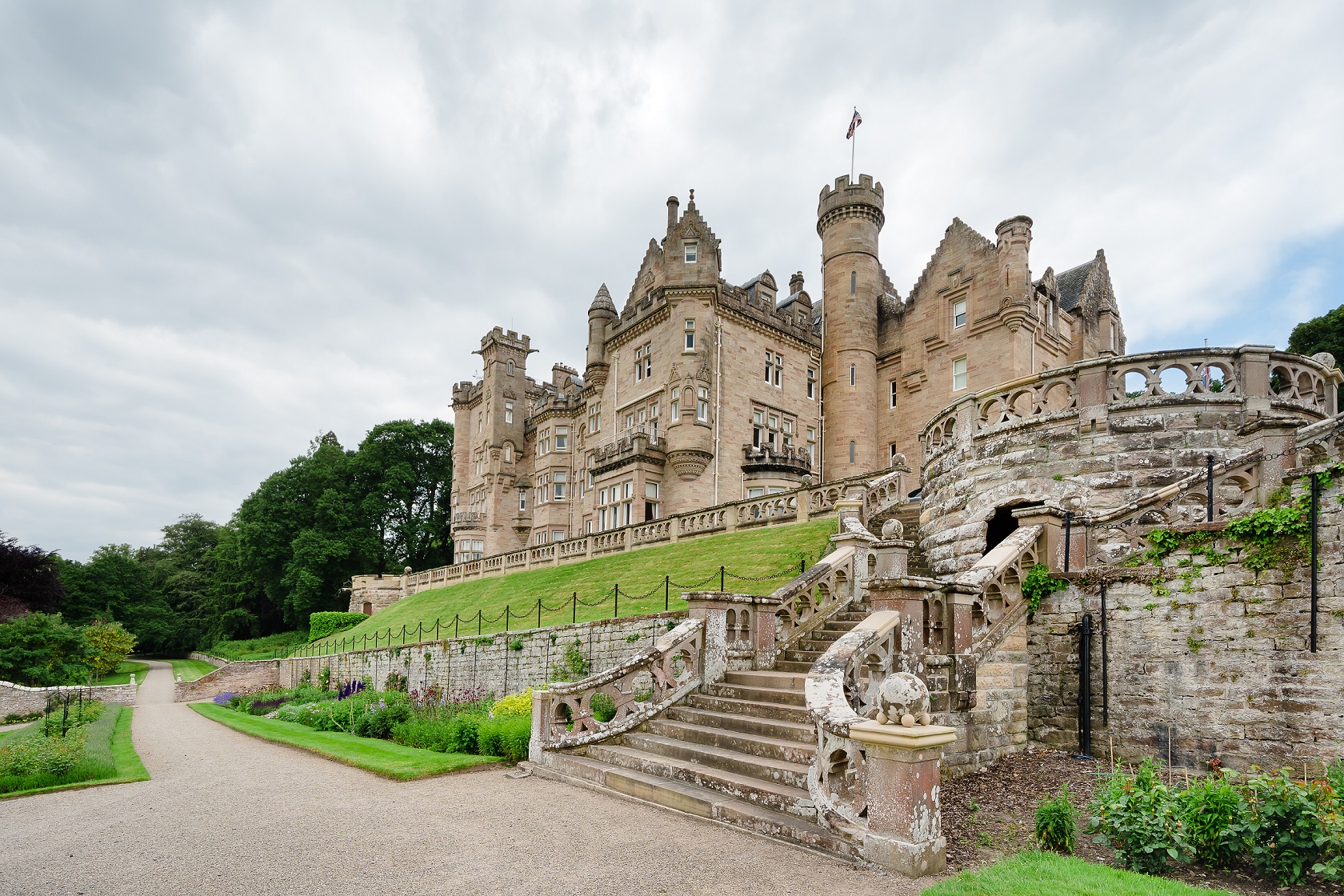 A History of Private Member Clubs

We uncover the allure, philosophy and evolution of private members' clubs from the 1700s to the present day.